OPINION: 8 reasons why proportional representation is a good idea 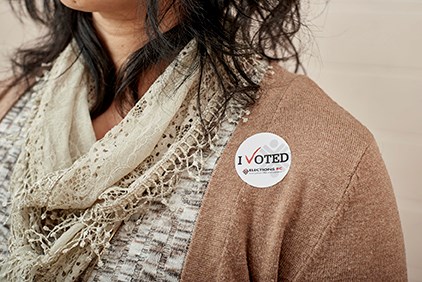 Last week Gord Addison, athlete, writer and good Squamish citizen put the case for keeping the First-Past-the-Post (FPTP) electoral system.  This week I would like to strongly encourage you to consider the opposite; I encourage you to support Proportional Representation (PR), as I have already by mailing in my ballot.  While Gord is a good friend, our different opinions point out how fortunate we are in Canada to be able to debate openly the merits of each case, freely and without fear of recrimination.  This is democracy, and freedom of the press is the first and most important pillar on which it is built.

The case for proportional representation:

PR more faithfully represents the views of the people, translating it into the MLAs who represent them.  In Canada, we are known for our sense of fairness, and not having a PR system deprives more than half the electorate of being represented by someone who is aligned with their point of view.

PR allows a wider variety of views to be heard and considered.  More nuanced discussions, unconstrained by party leaders who force conformity on their caucus, can be surfaced, including those of smaller minority voices, leading to a healthier debate for society.  A more robust debate leads to more transparency and better decision making.

I have personally approached MLAs or MPs with an issue only to have the official party position parroted back.  Under the FPTP system, representatives fail to realize they are supposed to be carrying forward the wishes of their constituents.  By having two elected MLAs in a constituency there is a higher probability of having a representative aligned to the issues important to an individual citizen, and that position being taken forward to the legislative body.

We often experience situations in FPTP where parties achieving less than 40% of the vote, sometimes as low as 33% of the vote who still win a majority government, where they declare a strong mandate and dictate positions on the majority.  A PR system avoids this flaw.

It is inevitable in the FPTP system that a two-party system arises, as this is the only way to achieve the 33 to 45 per cent vote necessary to govern.  This then leads to polarization on left and right, rather than representing the majority of the people in the centre who are fiscally and monetarily slightly conservative, while being social slightly liberal.  As we see with our southern neighbour, such polarization is strongly worth avoiding.

The PR system will avoid the wild pendulum swings of a two-party system.  Broad PR coalition governments will change more gradually, allowing continuity and stability of policy for the long term, which is particularly important for long-term planning by businesses, individuals and government civil servants.  Experience in Western Europe shows PR systems give higher economic performance while being socially more progressive, than their FPTP counterparts.

Apathy is the enemy of democracy.  Too many people believe that their vote doesn’t count.  With the ability to find candidates who align with their views, votes are less likely to be wasted and participation should be higher.  This too is reflected in the experience in Europe.

The proposal for PR, if approved, is to undertake it for two provincial elections and wind the clock back if it turns out to be a failure.  You lose nothing by trying if you never try you will never know.