OPINION: About that plastic at Squamish protests

Emblazoned on what look like red beach balls are the letters that spell “ CLIMATE EMERGENCY,” held by protesters in front of the District of Squamish municipal hall.
Nov 20, 2019 8:20 AM By: Keili Bartlett 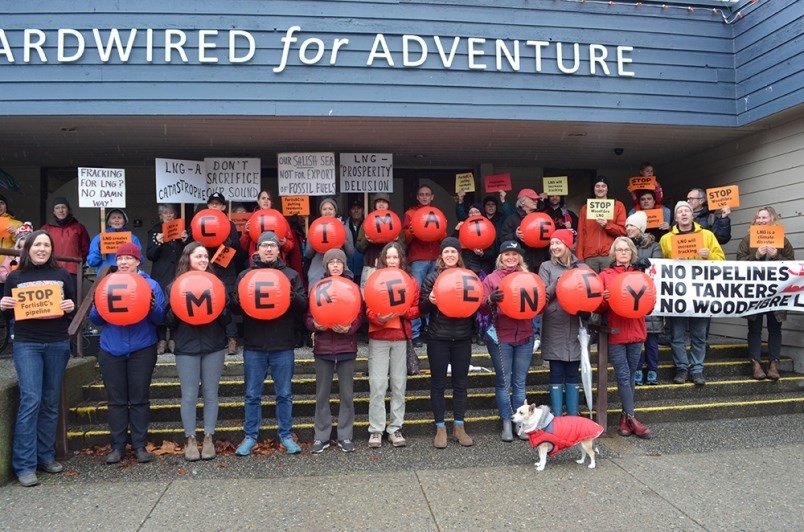 Emblazoned on what look like red beach balls are the letters that spell “CLIMATE EMERGENCY,” held by protesters in front of the District of Squamish municipal hall. Quickly, comments on social media pointed out the contradiction of using what appears to be plastic in an environmentally-based protest.

It can be easy — and tempting — to be distracted from the larger issues protests are trying to highlight by hyper-focusing on missteps. What a relief it can be to pick apart others, rather than focusing on our own actions. No one likes hearing that they are part of the problem, so finding a way to undermine or discount what someone is saying feels like it’s removing the burden from our shoulders, even if the problem doesn’t change.

While reporting at a climate strike earlier this year, I caught myself staring at the plastic container in a protester’s hand, waving it as they spoke about not using single-use plastic. Sure, I remind myself, the container probably isn’t single-use. Maybe they’ve used it dozens of times (but who can keep track of those wayward lids?). But the saran wrap inside is most likely single-use. I look around to see if anyone else notices this hypocrisy — only to find others around me are focused on what the protester is saying, not the ironic plastic in their hand.

Maybe that’s the take-away here. Any one person has not caused the problems often rallied about at climate strikes across the world and locally in Squamish. It’s the accumulation — it’s all of us.

According to Plastic Oceans, every year the average Canadian uses 700 plastic bags, 720 single-use cups, 730 straws and 1,025 plastic bottles — and that doesn’t include other plastic materials that more often than not aren’t recycled. In Canada, according to Environment and Climate Change Canada, less than 11% of plastic is recycled.

After all, thinking back to that protest earlier this year, can I guarantee that I didn’t buy or use single-use plastic that day? I certainly have since then. Most of us have — and that’s the problem. Maybe instead of pointing the finger at each other, we should refocus on ourselves and what we can do.

And, of course, hold the larger powers that be responsible.