Opinion: Why becoming a parent is a scarier prospect for Sea to Sky women 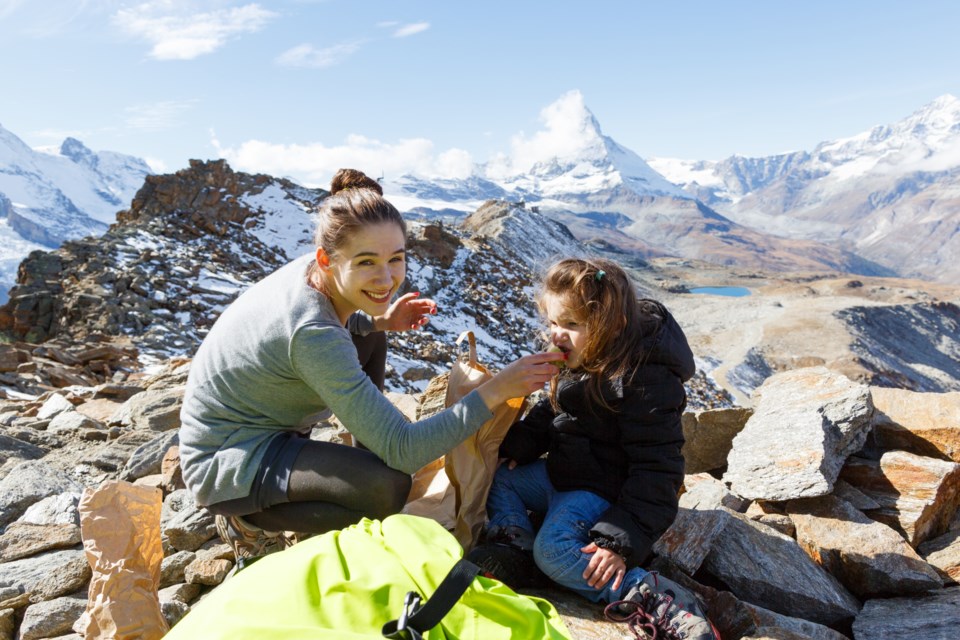 What happens to outdoor adventures when you have kids? It depends if you're asking mom or dad.gettyimages.ca

Over my eight years of running and hiking around the Sea to Sky corridor, I’ve predominantly encountered one type of outdoorsy parent: the uber-fit dad who gets up early to squeeze in adventure before anyone starts to really miss him.

Alternatively, you might meet the very lucky dad whose partner “gifts” him one weekend day for fun and one for family.

It shouldn’t come as a surprise, then, to learn a lot of outdoorsy women in this part of the world feel an extra dose of fear about starting a family. Does it mean entirely giving up the activities that bring you joy? Or is it temporary? If so, what kind of timeframe are we talking here? Three months? A season? Ten years?

At nine months pregnant, I did my pondering long ago and ultimately decided having a child was an experience I wanted more than backcountry hiking every summer weekend for the rest of my life (or until my knees give out). But that doesn’t mean I haven’t had moments of fear about how much my life is about to change.

My optimistic husband is convinced we just have to be committed to the task of taking our kid hiking, camping and into the outdoors, even if it’s in a modified way.

As a journalist, I needed proof.

Naturally, as a geriatric millennial (a term that has appeared to replace the kinder “elder millennial”), I turned to Instagram. While I wouldn’t call it a treasure trove of resources, my search did turn up some moms whose mission is to hike in the mountains with their babies—and offer others tips from their lessons learned.

Serendipitously, I also came across a post by Sanni McCandless (wife of famed climber Alex Honnold featured somewhat controversially in the 2018 Academy Award-winning documentary Free Solo) who just happened to be pondering the idea of motherhood and the outdoors and was hosting an online panel aptly named “Parenting in the Outdoors” with a few experts.

The first thing I noticed was of the three panellists, two were the wives of famous male athletes: climber Tommy Caldwell and ultra-runner Scott Jurek.

While they’re both athletes in their own right, let’s just say the first story that comes up about Jenny Jurek on Google is one that chronicles her fertility struggles through the lens of her running.

It didn’t seem like a stretch to assume Tommy and Scott were much like the dads I’ve been encountering in the mountains over the years.

But I signed up for the Zoom session anyway, reasoning I’m far from a professional athlete and therefore might relate more to these women than if they were as famous as their partners.

I can’t remember exact details about their advice (other than the recommendation of an Osprey Poco for a baby hiking backpack), but the most valuable takeaway was the feeling of being virtually surrounded by a group of people seeking the same assurances as me.

They wanted to retain a little of what brings them joy, but equally, share that with their kids too.

In the end, I was actually most struck by something the lone male panellist, Mario Molina, executive director of Protect Our Winters, said.

His goal taking his children into the mountains, he said, was to help create a future generation of outdoor citizens.

In that moment, I realized bagging peaks, backcountry camping on a whim, and trail running for as long as I want might bring me joy, but my upcoming task is bigger than that.

As long as I can share that joy with this tiny person and teach her the value to be found in the outdoors, I just might help contribute to a future generation that thinks it’s worth saving.