Little change over past year in views on sex, contraception, divorce, survey finds
Apr 29, 2021 6:00 AM By: Mario Canseco 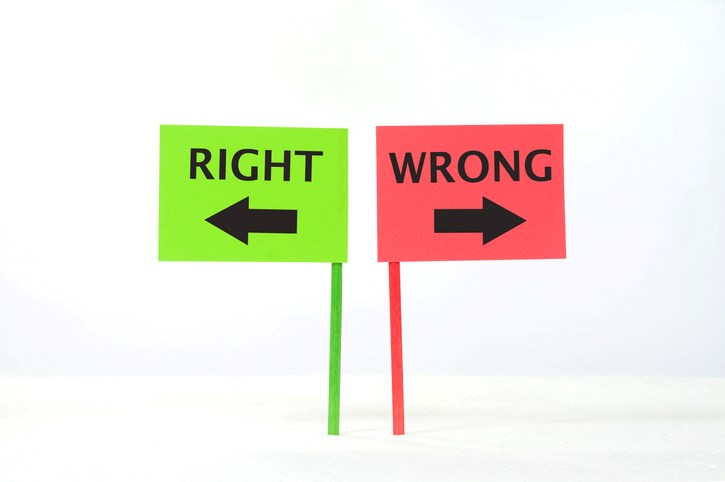 Of three dilemmas related to human relationships, more than seven in 10 Canadians are on the same sidejayk7/Moment/Getty Images

The past 13 months have provided many opportunities for Canadians to reassess their views on how the world operates.

Our direct interaction with other human beings has decreased on account of the COVID-19 pandemic. At the same time, we have seen a jump in ecological awareness and activism, as well as pointed discussions about the future of work.

In January 2020, Research Co. and Glacier Media quizzed Canadians for the first time about their views on 21 different issues to learn if they deemed them “morally acceptable” or “morally wrong.” Earlier this month, we asked again and found that the needle has not moved much on some of these matters.

On three dilemmas related to human relationships, more than seven in 10 Canadians are on the same side. Across the country, 77% of respondents say divorce is “morally acceptable”, up six points since we last asked in January 2020. Similar proportions feel the same way about contraception (76%, up one point) and sexual relations between an unmarried man and woman (72%, up two points).

On these three questions, Canadians aged 55 and over are significantly more likely to select acceptability, with more than four in five of the country’s oldest adults seeing no moral quandaries with divorce (89%), contraception (87%) or heterosexual sex between unmarried people (81%).

Practically seven in 10 Canadians (69%, up one point) think it is “morally acceptable” to have a baby outside of marriage. The numbers show a radical fluctuation on ethnicity. While 78% of Canadians of European ancestry feel this way, the numbers drop to 61% among those of East Asian descent and to 40% among those of South Asian origin.

Our research over the past few years has shown a majority of Canadians becoming more accepting of same-sex marriage and rejecting the notion of “conversion therapy.” More than three in five (62%, up one point) told us that sexual relations between two people of the same sex are “morally acceptable.” This includes sizable majorities of those who voted for the New Democratic Party (NDP) (76%) and the Liberal Party (70%) in the 2019 federal election, but just 54% of those who cast ballots for Conservative Party candidates.

Discussions about physician-assisted death have increased in Canada as a result of recent legislation. For almost two-thirds of Canadians (65%, up three points), this possibility does not present a moral offence – a proportion that rises to 74% among those aged 55 and over.

The national result on abortion gets a boost from residents of Quebec (66%). On embryonic stem cell research, we see once again a political divide: 51% of Conservatives are morally in favour, compared to 62% of New Democrats and 63% of Liberals.

As was the case last year, there are other issues where we do not see a majority of Canadians siding with acceptability. Few Canadians think that using illegal drugs (20%, down one point), suicide (18%, down four points), cloning humans (12%, up two points) and pedophilia (5%, also up two points) are “morally acceptable.”

Some regional variations appear on the death penalty, which was abolished decades ago in Canada but usually returns as an informal discussion topic when a heinous crime is committed. We see that 39% of Canadians (down one point) find the death penalty “morally acceptable.” The numbers trend upward dramatically in regions where conservatives – federally and provincially – are more popular: Alberta (48%) and Saskatchewan and Manitoba (46%).

The treatment of animals is an issue where Canadians have objections. Only 38% think it is “morally acceptable” to buy and wear clothing made of animal fur, up six points since 2020. The national average on this question is pushed lower by Canadians aged 18 to 34 (33%) and British Columbians (27%). Even fewer people openly consent to using animals for medical testing (24%, up two points) or cloning (19%, unchanged).

The national consensus on divorce and contraception is absent on other matters related to human relations. Just over three in 10 Canadians think prostitution (33%, unchanged) and pornography (31%, down five points) are “morally acceptable.” On both of these matters, tolerance is significantly higher among men (40% and 39% respectively) than among women (27% and 24% respectively).

Only 19% of Canadians say they find polygamy “morally acceptable,” and 18% (up four points) feel the same way about men or women having an affair. Once again, the gender gap is noteworthy: while practically one in four Canadian men (25%) have no moral qualms about infidelity after marriage, only 12% of women concur.

Results are based on an online survey conducted from April 16 to April 18, 2021 among 1,000 adults in Canada. The data has been statistically weighted according to Canadian census figures for age, gender and region in Canada. The margin of error, which measures sample variability, is plus or minus 3.1 percentage points, 19 times out of 20.

CANADA: Research shows people are having less sex, not more, during the coronavirus pandemic
Apr 22, 2021 5:55 PM