Prices are expected to rise a further 15 per cent this year as line blurs between primary residences and recreational property, new study says
Apr 5, 2021 10:22 AM By: Western Investor Staff 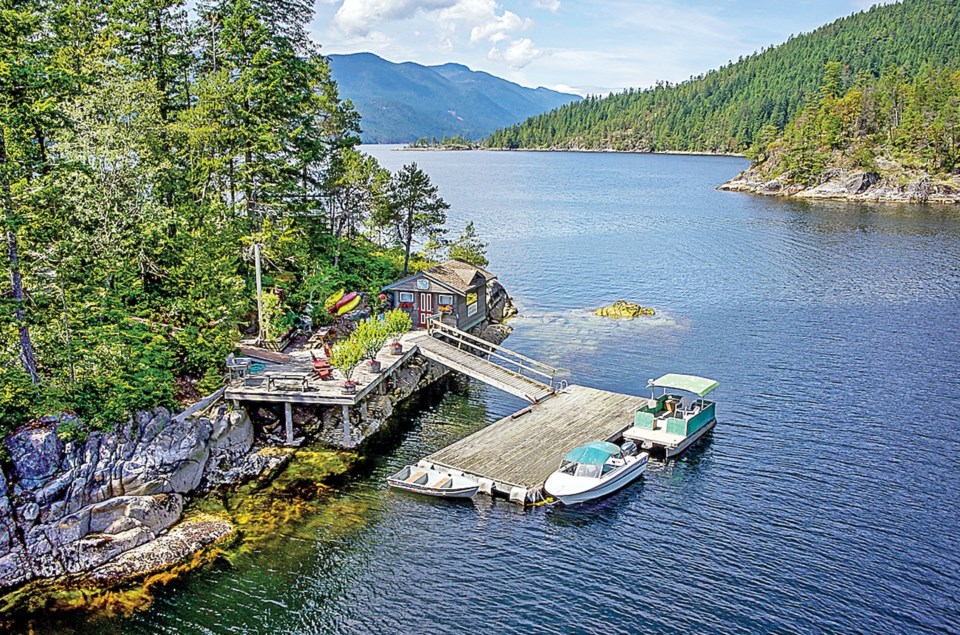 A waterfront retreat on the Sunshine Coast: prices up 34.6 per cent year-over-year. Oakwyn Realty

The pandemic has blurred the line between recreational real estate and primary residences, with the former catching the incredible upturn in prices being seen by the latter.

On the Sunshine Coast, a recreational region a BC Ferries ride from West Vancouver, the median price of a detached house increased 34.6 per cent in March, compared to a year earlier. This was the second-highest increase of any market, according to the Real Estate Board of Greater Vancouver, second only to Bowen Island, and twice as high as the average price increase in Greater Vancouver.

Across Canada, average property prices in the recreational regions will increase 15 per cent in 2021 to crest over $500,000, according to Royal LePage, which has upwardly revised its November 2020 price forecast to reflect a shortage of inventory and soaring demand.

"From coast to coast, the line between primary residence and recreational property is blurring," said Phil Soper, president and CEO, Royal LePage. "The trend began last summer when the option of traveling abroad was taken away, and continued to gain popularity as it became clear that with access to high-speed internet, many people can do their jobs from just about anywhere."

A survey of 190 Royal LePage recreational real estate professionals across the country, found that 91 per cent said that their market has less inventory than typical for their region, including 72 per cent that reported significantly less inventory available.

In B.C., 52 per cent of agents said a shortage of listings and rising demand is forcing buyers into multiple-offer situations, which often result in properties selling above the asking price. As in Atlantic Canada, two-thirds of B.C. agents say they have seen an influx of buyers from out-of-province during the pandemic, Soper added, and many of them are young buyers.

A Royal LePage survey released in February found that 47 per cent of Canadians aged 25 to 35 said they would choose to small town or country living over living in a city if given a choice. Fifty-two per cent said the availability of remote work has increased their likelihood to move further from their current or future place of work. Overall, 39 per cent of this cohort are considering a move from their current home to a less dense area as a result of the pandemic, the study said.

"Access to high-speed internet and the ability to work remotely are among the top criteria for those seeking properties in recreational regions, followed closely by four-season usability," Soper said.

Despite its 34 per cent price surge, year-over-year, the benchmark price of a Sunshine Coast house in March was $765,000, compared to a Greater Vancouver benchmark of $1.7 million.

In the central Okanagan, where the BC Real Estate Association reports that detached house prices increased 12 per cent in 2020, compared to 2019, to $588,000, local agents are bracing for a record-setting year.

In Alberta, the average price of a detached house in recreational markets, such as in the Rockies or Sylvan Lake, is expected to increase 6 per cent this year to $942,881.
"Canmore is seeing unparalleled demand from people," said Brad Hawker, managing broker, Royal LePage Rocky Mountain Realty. “A growing segment of young and middle-aged buyers are seeking primary residences in the area.”

On the Prairies, recreational real estate prices are forecast to increase 9 per cent in 2021 to $260,862. Top areas are Manitoba’s interlake regions close to Winnipeg, agents say.