Immediately after passing regulations, council voted to walk back some aspects of the controversial bylaw
Oct 22, 2020 6:20 AM By: Steven Chua 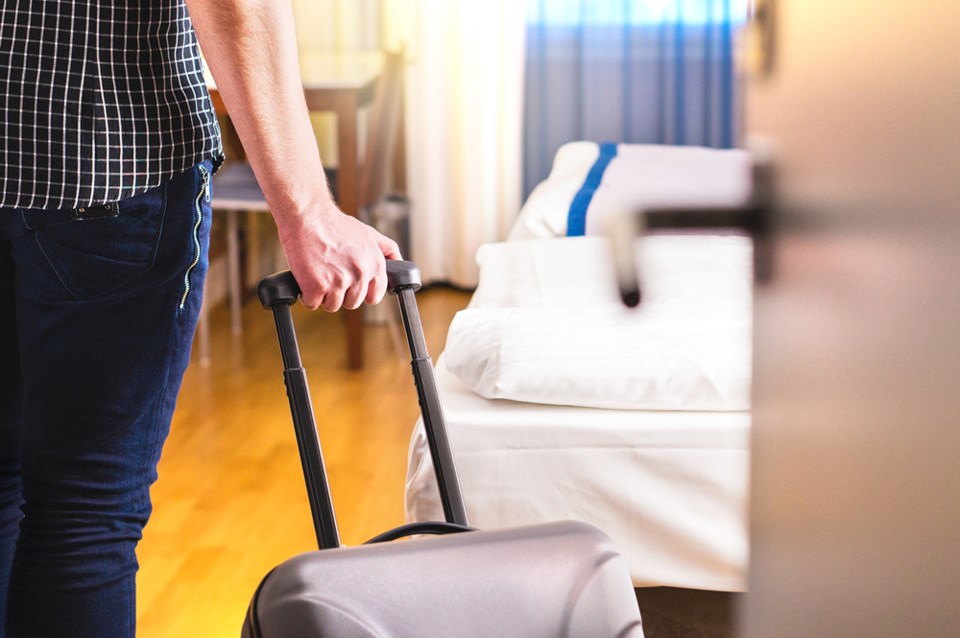 Two conflicting narratives emerged during council’s meeting on Oct. 20, with elected officials signalling their intent to clamp down on Airbnb-type rentals, yet depriving themselves of the means to do so, at least for the immediate future.

During the meeting, council voted 6-1 in favour of giving third reading to a controversial bylaw that would regulate short-term — or vacation — rentals in town.

The bylaw still needs be approved for final adoption, but with third reading finished, this is a near certainty.

Yet, immediately after passing the regulation, council voted 4-3 in favour of deferring the enforcement until staff presents them with options that would allow limited business licensing to secondary suites and carriage homes — two types of units that are being banned in the proposed bylaw.

The first vote concerned a proposed bylaw that would allow residents to only host short-term rentals in a unit where they live and spend the majority of their time — at least five months out of a year.

However, under this proposal, there will be a ban on hosting short term rentals in accessory units like coach houses and secondary suites. The reasoning is that these types of units should be reserved for the long-term rental market.

Key features of this bylaw require operators to obtain a business licence, pay a licence fee, and comply with life safety requirements.

It’s a proposal that has been controversial with short-term rental hosts as well as Tourism Squamish and the Chamber of Commerce.

During a lengthy public hearing on Sept. 29, many people spoke out with concerns regarding the proposal.

Tourism Squamish and the Chamber both had similar messages during that event.

According to the official minutes of the hearing, Lesley Weeks of Tourism Squamish expressed support for regulating short-term rentals but advised that her organization is opposed to this short-term rental bylaw.

Weeks noted the tourism industry has already been hit hard by the pandemic, and noted the possible effects this regulation could have in that context.

Louise Walker of the Chamber of Commerce also supported regulating short-term rentals, but, like Weeks, was opposed to the proposed method of doing so.

She said vacation rentals are important for the tourism sector, and negative impacts on that industry could cause a high level of unemployment in the community.

However, at their Oct. 20 meeting, council passed third reading on the proposed short-term rental bylaw, citing a “housing first” policy.

“I have long been a proponent of the housing-first lens, and, in an increasingly unaffordable market, we need to do all that we can to protect the variety of housing forms that allow for all of our community members to have somewhere to live and call home across the housing continuum,” said Coun. Jenna Stoner.

“I do have great fear that without regulation, we risk further commodifying our housing market, and if we enable the commercialization of our housing stock and neighbourhoods through STRs, then we really risk losing a core part of our community as well, especially our workforce, through housing.”

This view was shared by many of those on council who voted in favour of the motion.

The only dissenting vote was cast by Coun. Chris Pettingill.

Pettingill said that regulating short-term rentals this tightly would leave much of the vacation rentals to be picked up by hotels.

He said this does not solve the housing problem, as hotels have large low-paid workforces which will also put pressure on the housing market.

With short-term rentals, Pettingill said, the money still stays with local residents, as opposed to being gobbled up by multinational hotel chains.

Mayor Karen Elliott, along with most of all the councillors who voted in favour, said that the bylaw is not perfect, but regulations needed to be created.

After third reading on the short-term rental bylaw passed, Coun. Jenna Stoner, aiming to strike a middle ground, proposed to attach an amendment.

This prompted the second vote on the matter.

Stoner’s amendment would defer enforcement of that bylaw until staff brought back options for a business licensing system that would allow for a limited number of short-term rentals in secondary suites and carriage homes — two types of housing where the bylaw aims to ban vacation rentals.

Stoner and supporters of this amendment noted that the bylaw was drafted before the pandemic hit, and, therefore, should be more flexible during the economic downturn.

Hurford, however, said the amendment nullifies the bylaw for an undefined amount of time.

“This motion, I see, is defeating the bylaw that we just voted to support, and I do think that work is important and there is potentially room for a way to open this up, but that further delay I think is just unacceptable to me,” he said.

A final vote of adoption on the newly-amended bylaw is expected to happen in the near future.