LONDON — British prosecutors accused a police officer of murder Tuesday for allegedly using unnecessary force against a Black former Premier League soccer player, who died after being kicked in the head and shot with a stun gun.
May 4, 2021 2:50 PM By: Canadian Press 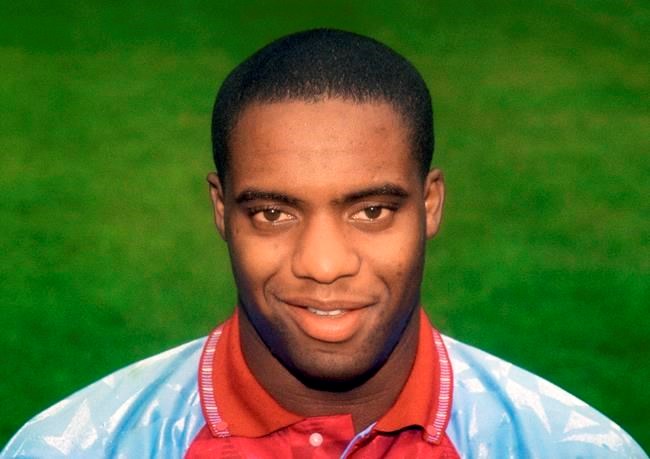 LONDON — British prosecutors accused a police officer of murder Tuesday for allegedly using unnecessary force against a Black former Premier League soccer player, who died after being kicked in the head and shot with a stun gun.

Dalian Atkinson, 48, a former Aston Villa star, went into cardiac arrest on the way to a hospital and died around 90 minutes after officers used a Taser on him to subdue him during an altercation in 2016. Prosecutors allege that West Mercia Police Constable Benjamin Monk, 42, used a stun gun for 33 seconds against Atkinson — more than six times longer than was standard.

Authorities charged Monk with murder and manslaughter after a three-year inquiry.

The case has touched off a debate about the use of stun guns in a country where police rarely carry firearms.

Black people were three times more likely to be involved in stun gun incidents than white people from 2011 to 2015, according to Home Office statistics obtained by the BBC.

Prosecutor Alexandra Healy told the court that officers were called to a disturbance at Atkinson's father's home in Telford after midnight on Aug. 15, 2016, after reported hearing the soccer player shouting in the street.

She said Atkinson, who had serious health problems including end-stage renal failure, moved towards the officers and Monk used his stun gun twice ineffectively. The third deployment of the stun gun incapacitated Atkinson and caused him to fall forward onto the road, she said.

Prosecutors also allege that Monk kicked Atkinson in the head hard enough to leave the imprints of his laces on the man's forehead.

Healy said Monk wasn't acting in self- when he kicked Atkinson twice in the head.

“He was no doubt angry that he had been put in fear by this man. He chose to take that anger out on Dalian Atkinson by kicking him in the head," she said.

Prosecutors maintain that although Atkinson's underlying health conditions meant he was “at a greatly increased risk of dying," he would not have died that night were it not for the third stun gun deployment and the kicks to his head.

Atkinson was a forward who played in England’s top division for Sheffield Wednesday and Aston Villa. It was at Villa where he scored one of the most famous Premier League goals – against Wimbledon in October 1992 – when he ran from inside his own half, evaded a number of challenges, then chipped the ball over the goalkeeper and into the net.

He scored 20 Premier League goals for Villa and also netted in the 1994 League Cup final in the team’s 3-1 win over Manchester United.

Atkinson had spells with Real Sociedad in Spain, Fenerbahce in Turkey and also in South Korea. His one season at Sociedad came in the 1990-91, a time when English players seldom played abroad.

Sylvia Hui in London contributed to this report.