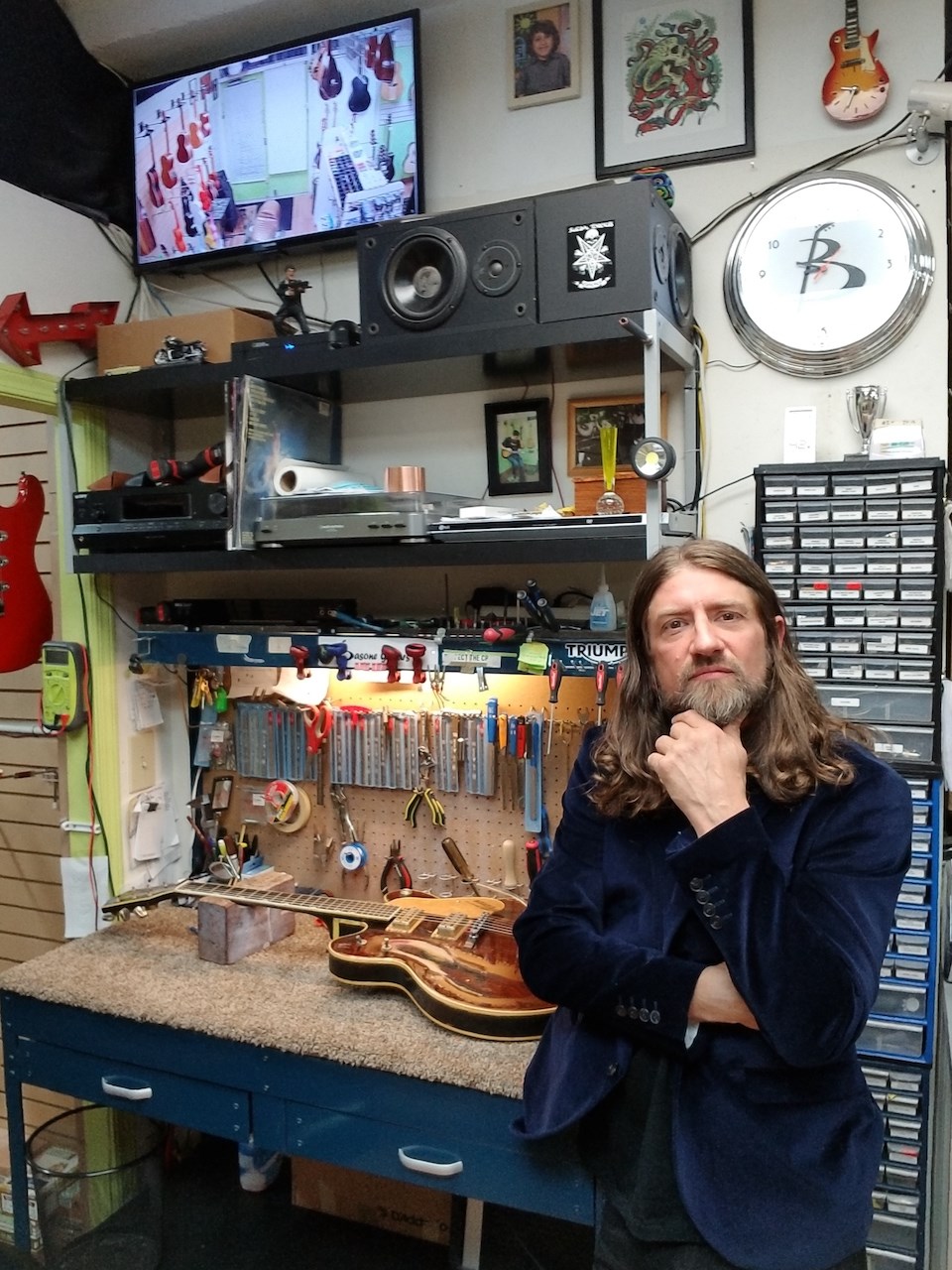 After years of driving to the Lower Mainland to fulfill their needs, guitarists across the Sea to Sky now have a hub in Squamish.

It comes in the form of the recently opened Basone Guitars on Second Avenue, which threw open its doors in late July.

Owner Chris "Bas" Basaraba told The Chief that the shop specializes in electric and acoustic guitars and basses, banjos, mandolins, and ukuleles. In addition to retail, the shop also offers services such as repairs and custom builds.

"There's definitely some interest," he said. "It's very exciting."

The new shop is an expansion for Basaraba, who has run a Vancouver location for the past 16 years, starting in Gastown before moving to its current East 5th Avenue location in Mount Pleasant eight years ago.

Basaraba reasoned that even if the retail side struggles during the pandemic, he can lean on his repair expertise to stay afloat.

"If people are doing online shopping, at least I have a bigger web of a repair network that's extending all the way to Whistler," he said.

Though admittedly opening in the middle of "chaos," Basaraba has also observed more people taking more time for their hobbies, including making music, during the pandemic.

He's been interested in expanding for some time, and decided on Squamish after realizing the need for such a shop in the Sea to Sky, with a surprising number of clients from as far away as Pemberton tapping into his services in Vancouver, combined with the urban exodus up the highway that should also provide some built-in clientele. As well, the Basarabas, with wife Jeane and son Arthur, regularly camp at Porteau Cove and appreciate the area.

"It just felt like something was needed up there. I knew that I wanted to expand, but I didn't want to go to the island and a 45-minute drive is doable," he said. "I thought Squamish would be the ultimate stop because then we're available to the people in Whistler."

Though the shop hasn't been open long, Basaraba said customers are already starting to notice and appreciate its existence.

"There are people coming in buying strings that aren't available," he said. "I totally see a need for all this stuff."

Though it's been challenging and busy in the early going, Basaraba expects to be more settled in shortly and there will be fewer trips up and down the Sea to Sky. For now, though, he doesn't mind thanks to the beautiful drive.

"I'm used to it. It's a lot of driving," he said. "Sometimes it's two, three times from Squamish to Vancouver delivering stuff.

"Once we get all organized, it's probably going to be one trip in the morning and one trip home, but my wife and myself are going to share responsibility splitting up the weeks, and we'll probably hire a local for two days of the week."

Basaraba has roughly 25 years of experience in the field, having started at Larrivée Guitars in the mid-90s and learning under legend Jean Larrivée for a decade.

"I really learned from the best," he said.

That knowledge led to Basaraba opening his own custom-design business before taking on repairs and, eventually, retail.

For more, check out basoneguitars.com.