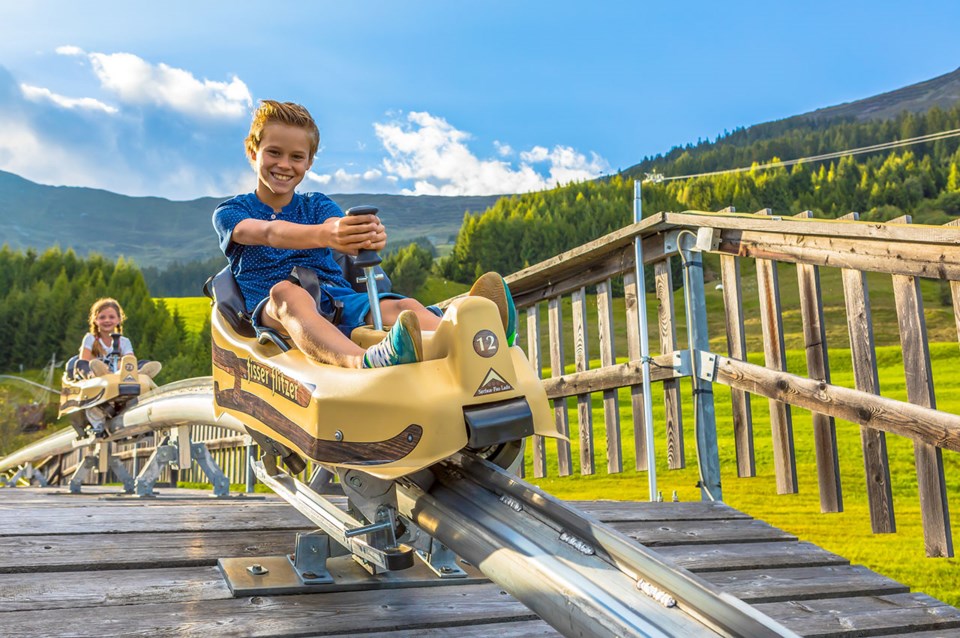 West Vancouver's Cypress Mountain Resort plans to have a single track Mountain Coaster ride ready to go for the summer of 2021. photo Sunkid

Summer is about to get a little more thrilling at West Vancouver’s Cypress Mountain Resort with a gravity-propelled Mountain Coaster ride set to open in 2021.

The ride is based on a single track design with riders sitting in a cart equipped with a handbrake to control the speed of the descent. The Mountain Coaster will be suitable for all ages, according to Cypress Mountain, with young riders being able to hitch a lift in the lap of an adult.

The ride, which is already under construction, is being built by Austrian manufacturer Sunkid, which has installed more than 50 similar coasters in locations around the world, including The Pipe, a ride that opened in 2016 at Revelstoke Mountain Resort.

"Our coasters have been a huge success in Europe, and we are excited to have the opportunity to install one at Cypress Mountain in beautiful West Vancouver, British Columbia,” stated Sunkid's CEO Emanuel Wohlfarter in a release. “The terrain on the slopes of Black Mountain will perfectly complement our technology and create an amazing ride."

The Mountain Coaster is slated to launch from the top of the Eagle Express Quad chair and travel 1,700 metres with a vertical drop of 279 m, reaching speeds of up to 40 kilometres per hour.

"This activity positions perfectly within our planned vision for enhancing year round accessibility to our world class public recreation facilities," stated Cypress Mountain Resort president Russell Chamberlain, who called the Coaster's installation a "game-changing moment" for the resort.

"The Mountain Coaster is the perfect centerpiece to build family focused recreational summer activity,” he said.

The Mountain Coaster is scheduled to open in the summer of 2021.