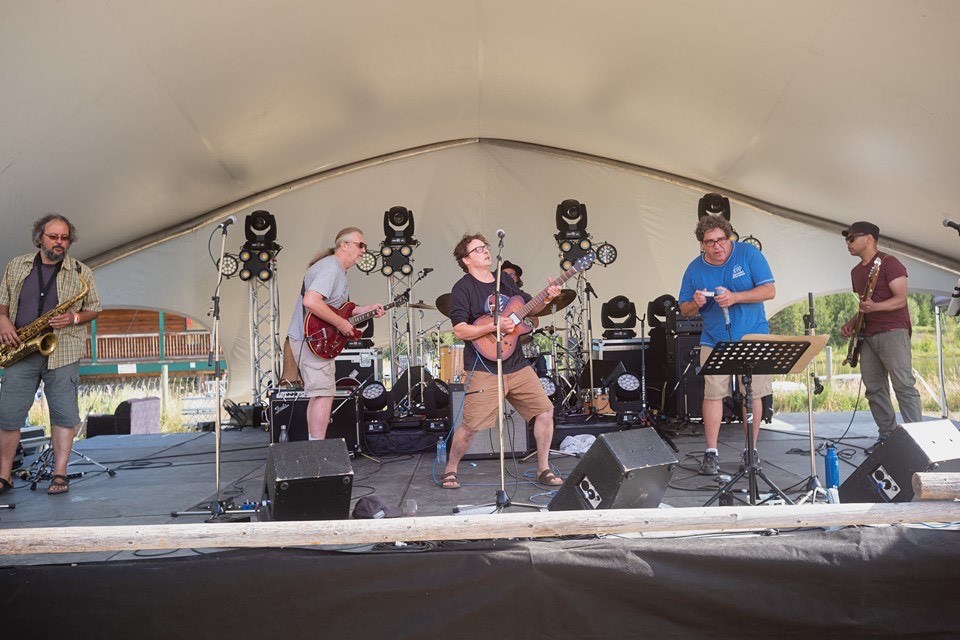 The first livestreamed concert is slated for the last Sunday in June.Photo courtesy Doug Kerr

While it is uncertain what, if any, public gatherings will be allowed this summer, Squamish's Douglas Kerr is working to make sure there will be local music for folks to enjoy regardless.

The musician and producer is organizing Squamish Live Streamed, a series of concerts with at least eight Sea to Sky acts playing and streamed from the Brackendale Art Gallery.

Kerr was the recipient of a $3,460 Community Enhancement Grant through the Squamish Arts Council.

The lineup for the concerts, which are set to run the last Sunday each month through the summer, will be announced on the Squamish Live Streamed Facebook page on May 2.

There will be a small fee charged for tuning in to  the concerts that will run from about 6:30 p.m. to 10 p.m.

"It will be bands or acts that Squamish residents are familiar with," he said, adding that they will be musicians with a following outside the district as well so that music lovers who don't live in town will want to tune in, too.

"This is something that can be shown globally, so to speak. You can reach out to your global network if you have friends from Australia or Eastern Canada, or somewhere in the U.S. — anybody can watch this," he said.

More than a year after the pandemic shut down all large gatherings and thus concerts, Kerr said this series helps get local musicians in front of audiences where they belong.

"This seems to be the new way that musicians are getting in front of people," he said, noting that his one criticism of some of the livestream events he has seen is the sound quality, so he is ensuring that the sound will be top-notch for his shows.

"I very much [want] this to be professional sounding productions, so I teamed up with E-Sound Production, which has been doing sound in the Sea to Sky for 20 years," he said.

The event seems meant to be, Kerr said, as he had initially planned to ask for a grant to create a podcast that would feature local musicians, but at the last minute, right at the deadline, he decided to rewrite the grant request to support a livestream concert series instead.

The switch paid off.

"What I really do is put on shows. That is what I am good at and what I do. The old saying is 'Stick to what you are good at,'" he said.

The first livestreamed concert is slated for June 27.

Kerr is also hoping to get a sponsor to fund a fourth concert for Labour Day weekend, he said.

Regardless of when in-person concerts come back, Kerr said that virtual shows are likely here to stay as part of the music experience.

Kerr said he hopes the livestreamed concerts will carry on through 2022, but perhaps be for-profit.

"Maybe when you put on your shows from now on, you add on the stream version, too," he said.

He said he hopes the summer concerts gain the support of the town and beyond.

"Like I said to the musicians that are signing on, this is a community effort. It is not just me putting on a show. It is all hands on deck. This is for everybody and we all got to put our foot forward and do what we can to bring the audience."

In addition to on the Squamish Live Streamed Facebook page, more information can be found on Kerr's website.