Back in time at Woodfibre

Stepping on to the old Woodfibre site is like stepping back in time.

While a modern liquefied natural gas export facility is destined for the site, until Woodfibre LNG’s owners make a final investment decision, the remnants of the pulp mill remain. The aging dock and buildings with “Western Pulp” logos still stand on the site, although the mill closed over a decade ago.

One of the aspects of the old business that has continued is a hydroelectric generating station. The station was built in 1947 to help power the pulp mill operation, according to Jennifer Siddon, senior manager of corporate communications for Woodfibre LNG.

“It really is like walking into a place that has been frozen in time,” said Siddon.

“From the dials and knobs on the panels, to the shape of the glass and cabinetry in the small control room, if feels like walking into the post-Second World War era. You can almost imagine what it would have been like for the men and women who lived and worked at the Woodfibre site in the 1950s.”

Through the use of water licences on Mill and Woodfibre creeks, the generating station has a capacity of approximately 1.7 megawatts, according to Siddon.

Longtime Squamish resident John Buchanan, 53, has recently visited the site and agrees seeing it is a blast from the past.

Water comes from a dam up the valley, down a wooden flume, into a wooden stave pipe to the generator, Buchanan explained.

“I first saw it when I was about 17 years old as part of a work gang that went up to change out some support timbers,” Buchanan said. “At the time there was this German fellow that lived up there and his job was to cut firewood and keep the intake screens clear and unfrozen… Amazing it is still working.”

According to Siddon, current Woodfibre LNG site staff and a contractor operate and maintain the plant.

Original equipment remains, but parts have been replaced over time. The protection relays and metering kit were upgraded in 2013, Siddon said.

Money raised by the hydroelectric generating station is used for power production at the plant, and for any upgrades. The revenue also goes toward property taxes and other site-related government fees, according to Siddon.

Woodfibre LNG  earned $1,745,928 during the year ending March 31, according to BC Hydro’s Financial Information Act Return for 2016. Woodfibre LNG officially purchased the Woodfibre site in February 2015.

Siddon said her company hasn’t decided what will ultimately become of the station should Woodfibre LNG be built. 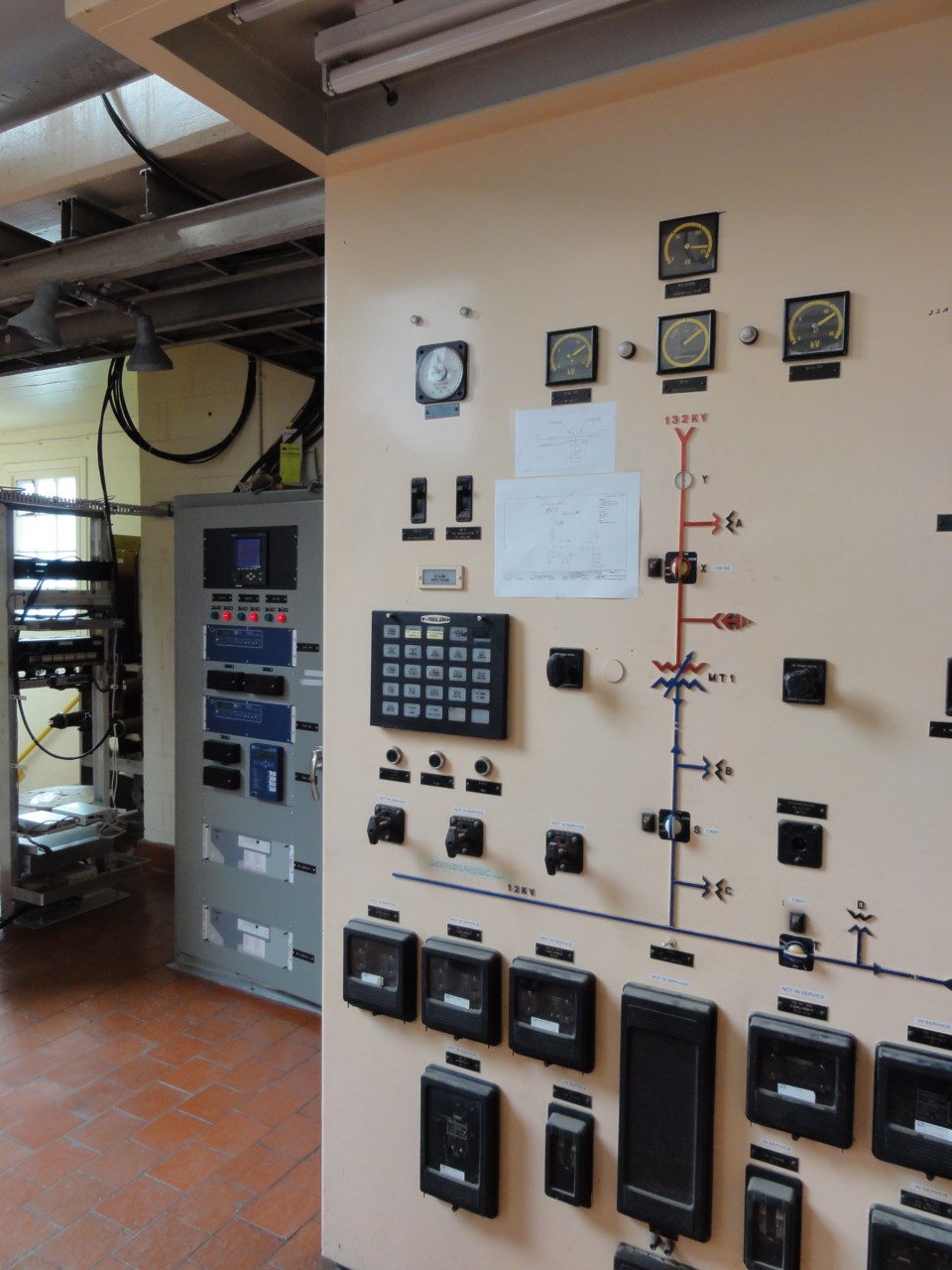