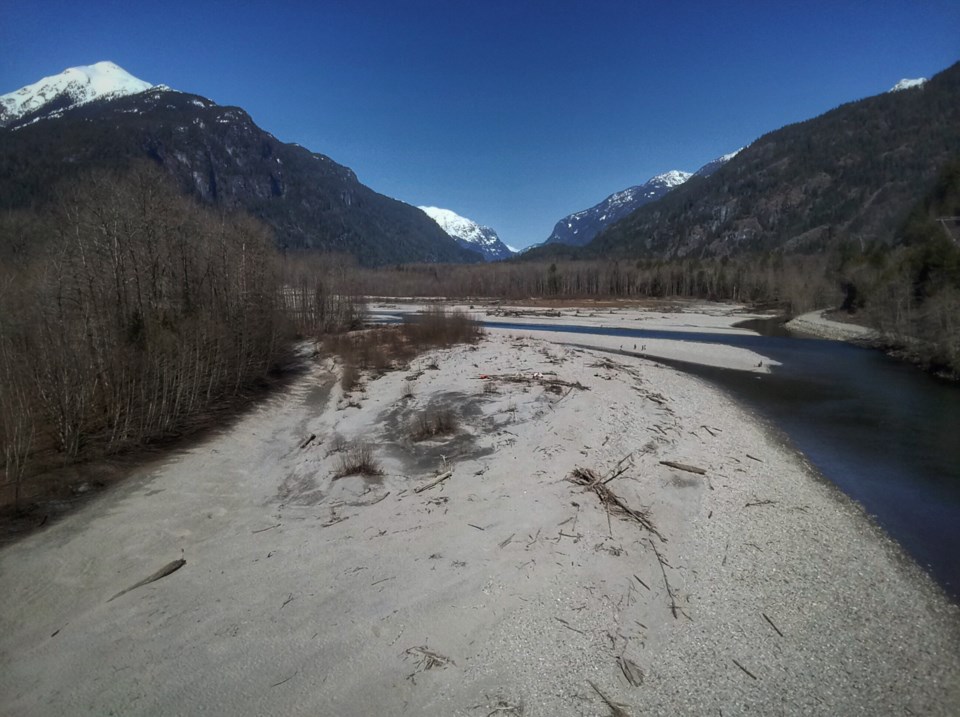 The view from the Squamish Riverside Campground. It is prime black bear country.Jennifer Thuncher

Not securing food cost a camper a  $230 ticket and a prime camping spot, but it potentially could have cost the camper — and the bear — a lot more.

Sea to Sky conservation officer Kent Popjes told The Chief he evicted a camper on Sunday from the Squamish Riverside recreation site on the Squamish River Forest Service Road after a bear accessed food at the man's site.

The man's tent was ripped by the bear in the process of it trying to access food.

And it could have been a lot worse, the conservation service says.

This tent was ripped into by a bear accessing unattended food at a campsite in #Squamish - this incident could have been much worse. CO's charged the man, who was also evicted.The rec site was shut down. Please take steps to prevent wildlife conflicts while camping #doyourpart pic.twitter.com/0rjnAWygv1

"We kill bears almost every year up in that area because of stuff like this and we have to close that site down every year as well. It is unfortunate," said Popjes.

While the animal was no longer in the area when conservation officers arrived, the campsite was shut down, and other campers evicted.

"There's no cell range up there and you are a long way from any help, so it is not a good situation," said Popjes.

The site remains closed to camping.

Under the Wildlife Act, the man was charged with attracting dangerous wildlife.

As the camper was on a bike, it is likely all that he could have done was hang his food in between two trees in order to secure it, Popjes noted.

"It is pretty difficult for someone to secure their food on a bike. You aren't set up for success. Most people have a vehicle they could lock it in," he said.

Popjes said Sunday, from his perspective, was "almost unprecedented" in the areas he was patrolling, along the Mamquam and Squamish Forest Service roads, and at Cat Lake, in terms of the number of people he saw out recreating.