Consultation on the Squamish Spit realignment set to continue

District ponying up cash to consult with locals; Windsports enthusiasts lobby for continued access to the area
Dec 5, 2019 6:00 AM By: Steven Chua 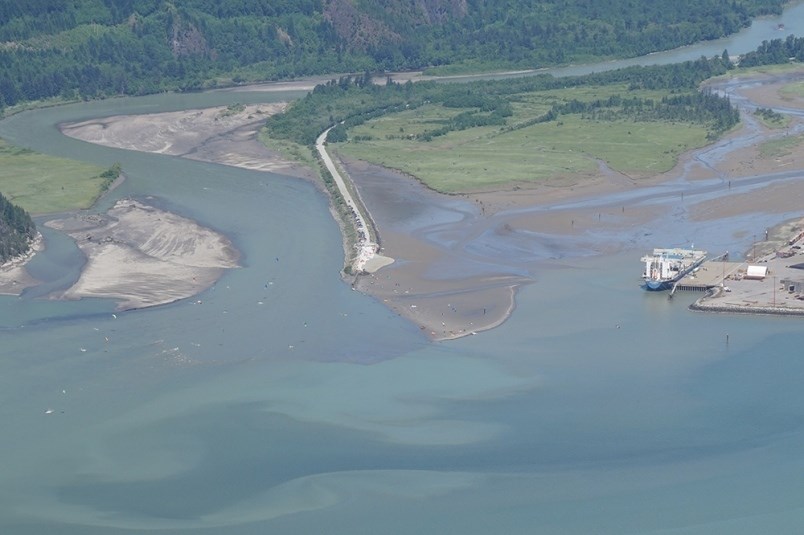 The municipality is pouring thousands into community consultation surrounding the realignment of the Spit, a mecca for windsports that has been blamed for killing off salmon.

“It’s important on us to not lose some of the recreational uses, and, therefore, we should come to the table with some energy and money,” said Mayor Karen Elliott.

“The Squamish River Watershed Society is leading the Central Estuary Restoration Project — it is being done in partnership with Fisheries and Oceans Canada, Squamish Nation — but they really are the driver behind this project...but here we are being asked to put $15,000 to fund resources in a very short, reactive period,” said Stoner.

“The reality is that, I think, we’re being extremely reactive in a scenario where, really, those funds need to be directed towards fixing the broader governance process.”

The realignment of the Spit has been a topic that has drawn attention from many.

Conservationists wish to change or remove the structure, as Fisheries and Oceans statistics show chinook salmon populations plummeted to 6,000 from 19,000 after the Spit was built in the 1970s.

The structure funnels premature fish out into the sea and blocks them from entering the Squamish Estuary, where they previously would’ve had a chance to grow before heading into deeper waters.

On the other hand, windsports enthusiasts wish to maintain access to the area, as it’s known for world-class riding conditions.

For recreationalists, news of the additional resources for consultation is a welcome development.

“It’s positive. We look forward to being at the table and working towards a solution that benefits all parties,” said Geoffrey Waterson, president of the Squamish Windsports Society.

Waterson said the society wasn’t hearing a lot from the Squamish River Watershed Society two years ago, but communication has become more steady over time.

He said he hoped there will be more frequent communication between the windsports society, the watershed society and the District as a result of this cash injection.

“I’m happy with where we are right now compared to two years ago, but there’s always room for improvement,” Waterson said.

He said the windsports society would like to contribute design ideas for the project, and there’s a chance that the project could give them a chance to make the Spit even better for kiting.

“The worst-case scenario is there’s no access to the Spit, which wouldn’t just hurt windsport users,” said Waterson. “It would hurt the dog-walkers, the kayakers, the birdwatchers.”

Waterson also said it’s a good thing to have the District leading the consultation.

“It’s a neutral party to bring all the stakeholders together,” he said.

For Sam Medysky, a local champion kiteboarder, maintaining access to the Spit is crucial. “I moved to Squamish for the kiteboarding so it’s played a huge role in my life,” said Medysky, who came to town from Ontario. “Everybody understands the concerns and the reasons why the watershed society is invested in getting rid of the Spit, but obviously I think what we want to do is find a few winning options. Obviously, we would love to preserve access to the Spit.”

Newport Beach, the future location of another windsports launching area, wouldn’t be able to replace the Spit as the winds aren’t as steady there, he said.

Another kiter welcomed news of further collaboration, saying that communication from the municipality and the watershed society has been lacking up to this point.

“Anything is better than what we have right now,” said Loren Parfitt, who was recently elected to the board of the windsports society, but was speaking from his experience as a private individual.

From the perspective of average kiters outside the windsports society board, there has been little or no communication from authorities about the plans for the Spit,
he said.

Save for a staff report to council and articles in The Chief, Parfitt said the average kiter has no information about what’s happening.

On the other hand, the Squamish River Watershed Society says that it’s been in regular contact with the Windsports Society.

Executive director Edith Tobe said the society has been releasing information whenever work has been done on the Spit.

“We completed Phase 1 in the spring, we had stakeholder meetings in advance of that, we had meetings throughout, we provided fairly consistent updates weekly, if not more often to the newspaper and to other media sources,” said Tobe.

She said the watershed society provided updates on sampling, monitoring and additional work conducted in the summer.

“As we have information to share with the public, that’s when we’ll provide it,”
Tobe said.

At the moment, there’s nothing new to report, she said.

Tobe said the watershed society takes a collaborative approach. Those who don’t feel represented should speak with the organization that represents their interests. For people who aren’t part of an organization, she said it would be best to contact the District.

“We’re delighted to see the District of Squamish taking a proactive approach towards community engagement around this important area,” Tobe said.

Tobe said it’s unclear when the realignment will happen, but added that if any work is done, it will not impact the 2020 May to September kiteboarding season.

“During Phase 1 of the project, the District shared updates from the... project team to the community, and stakeholder engagement was led by the project team,” reads an email from District spokesperson Christina Moore.

“As the project moves into Phase 2, the District is supporting more fulsome community engagement on the proposed Phase 2 works and recreation access options.”

The Spit realignment is not a District project, but lies within municipal boundaries, said Chris Wyckham, the District’s director of engineering, during the Nov. 26 council meeting.

This project is a partnership between the Squamish River Watershed Society, Squamish Nation and Fisheries and Oceans Canada.

The District’s main involvement is the fact that the Spit realignment will take place on Crown land where the municipality has a lease.“There won’t be an opportunity for council to approve the project or approve the design,” Wyckham said. Council can provide some feedback, though, he said.