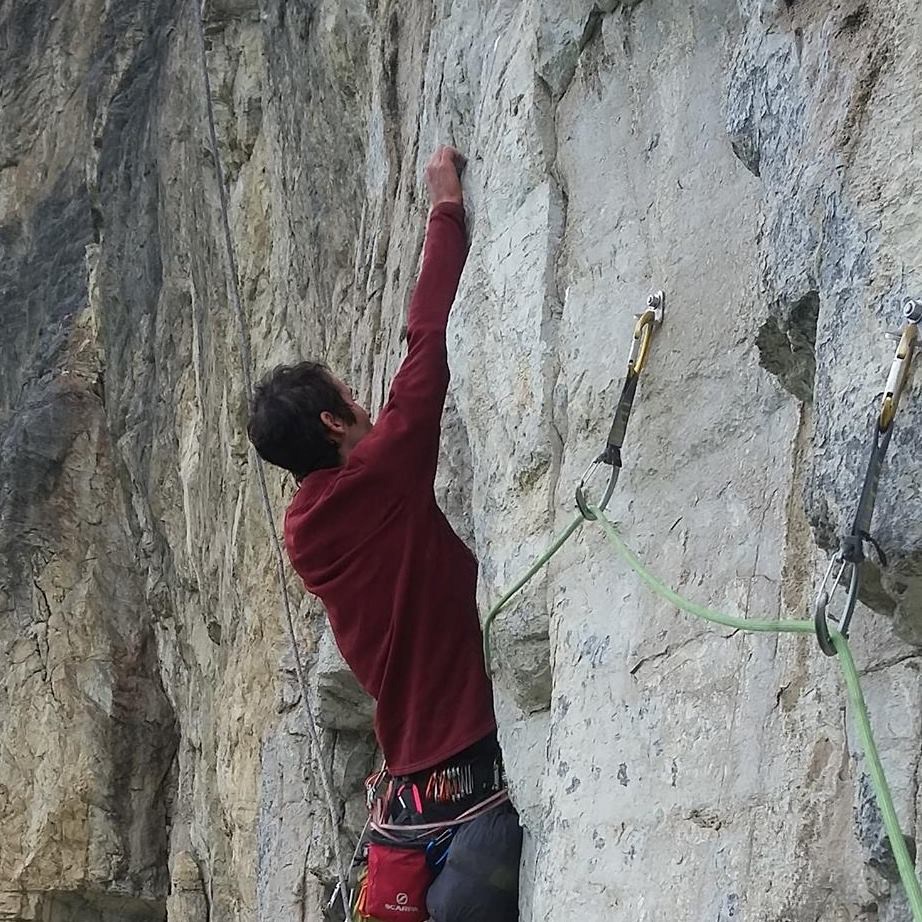 The father of an alleged neo-Nazi who was discovered dead in Squamish said the last time he heard from his son, Davis Wolfgang Hawke said he was going away.

And Hawke — known locally as Jesse James — made good on that statement, leaving Massachusetts around 2005, Hyman Greenbaum told The Chief.

It was the last time he'd hear from his only child, whom he remembered as a good student, a hiker of mountains and an accomplished chess player.

Greenbaum said his son was trying to avoid paying a hefty lawsuit from AOL. Media reports say the internet provider had successfully won a ruling against Hawke for $12.8 million.

Hawke, who was born Andrew Britt Greenbaum, had been sued by the internet service provider because he had made a sizeable sum of money spamming clients of the service for penis enlargements.

"He didn't want to settle the lawsuit, so he told me he was going to hide his assets and disappear, which he did," said Greenbaum, speaking on the phone from Medfield, Massachusetts.

"And even though I tried to track him down through the internet and other sources, I had no success at doing so."

Hawke's desire to evade the lawsuit was the start of a journey that would eventually lead to him, a Boston-area native, to leave the U.S. and reinvent himself as a Squamish rock climber.

However, trouble seemed to have followed Hawke.

Police declared last week that it was Hawke's remains that were found in a burned-out vehicle on the Cheekye Forest Service Road back in June 2017. The reason for his killing is unknown and homicide investigators are asking the public for tips.

For Greenbaum, Hawke's death has sadly answered questions that he's had on his mind for years — where his son was, and whether he'd ever see him again.

"I was shocked and disheartened," he said. "My wife and I had held out hope that he might come back here one day. [This] ended any hope. My wife passed away about a year and a half ago, so she died not knowing what happened to him."

However, Greenbaum is taking matters into his own hands. He said he'll be offering a $10,000 reward for information that solves his son's murder. People with tips are asked to call the RCMP, he said.

Hawke was widely known in Squamish, though not by that name. Locally, everyone referred to him as Jesse James.

While his online activity in his past life may have been controversial, under his new moniker, his activity was more mundane.

Coffee shop conversations about multiple worlds. Offerings of vegan food while sitting at the local Nesters. An ambition to start up a cafe. Drone videos of him ascending climbing routes. An offering of $100 for anyone who could best him at chess.

Chess was one link to Greenbaum's childhood, before Nazism had made him infamous.

Greenbaum said that his son was a very talented player who frequented chess clubs and built a name for himself. Indeed, some regarded him as a prodigy.

It was one way that Greenbaum was able to — for a just moment — find out his son's whereabouts.

Presumably before entering Canada, Hawke had been travelling around the U.S.

After his disappearance, Hawke was sighted at a chess club in Colorado, Greenbaum said. This blew his son's cover, and he once again fled.

Chess was not the only interest his son had. Greenbaum recalled he and Hawke spent much time hiking up mountains in New Hampshire. He suspected this would later lead to his son's interest in pursuing rock climbing in Canada.

The mountains of New Hampshire were a recurring theme.

Greenbaum said his son considered burying his assets at that location, which Hawke had told him he'd converted into gold before disappearing.

It's unclear Hawke ever followed through on that, though.

"Back in 2005, when he told me was converting his assets to gold, AOL had depositioned  myself and my wife and his grandparents," said Greenbaum.

To this day, the money's whereabouts are a mystery.

Greenbaum said the first time he had an inkling his son was involved in white supremacist activity was when his college roommate found him looking at a Nazi website.

Hawke started a hate a group and a neo-Nazi website.

Greenbaum said his son was infatuated with acquiring power and influence, and that creating a white nationalist group was his means to do so.

Still, Greenbaum, who is Jewish, believes that at his heart, his son was not a white supremacist, but rather saw it as a means to an end.

"I don't think he ever really believed any of that stuff, but he was doing it more because he wanted to gain power and influence and he saw that as a way to do it," said Greenbaum.

"Then that flopped when he tried to organize a neo-Nazi march in Washington D.C., and hardly anybody showed up for it. When that happened, he just abandoned that, I think, completely, and that's when he really got into the spamming. And he made quite a bit of money spamming."

"We asked him where he'd been. He visited us for a while. He didn't talk a whole lot about what he'd been up to, but he visited us. He visited his grandparents," said Greenbaum.

"He tried to make everybody a normal visit. But we didn't expect him to take off again, at least not so soon."