Three readings granted to a bylaw that appears to tie Quest lands closer to the university.
Jun 11, 2021 2:41 PM By: Steven Chua 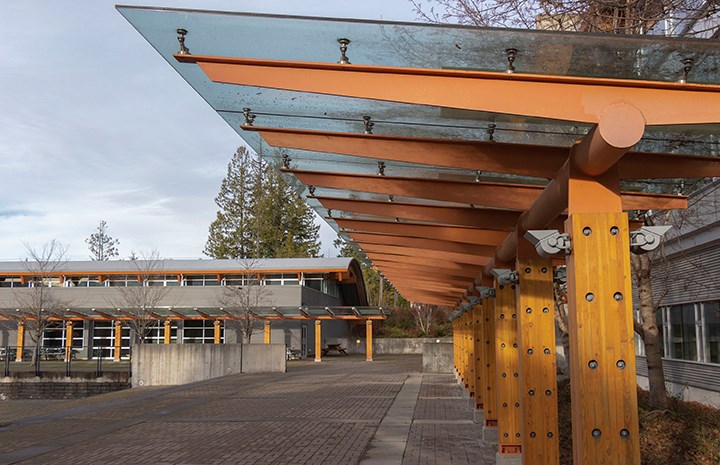 District council has approved a zoning change that appears to tie Quest University closer to its land.

Following a public hearing on June 8, elected officials voted unanimously in support of the third reading of a motion that would revise the definition of a university for the Quest lands.

Under this new definition, a university is considered "academic, administrative, recreational, parking, research and development, and maintenance facilities customarily associated with a post-secondary institution, and which is authorized to grant degrees by the Degree Authorization Act [SBC 2002] Chapter 24 or the Sea to Sky University Act [SBC 2002] Chapter 54, and where a majority of students of the institution's programs are enrolled in degree granting / conferring programs."

Quest's landlord, Primacorp Ventures, previously protested the change, saying that tying the land even closer to that school would make it harder to secure funding from lenders.

Primacorp's CFO, Robert Hibberd, was at this latest hearing for another appearance but kept his comments brief.

"I'm here to respectfully repeat my original request that you abandon this proposed amendment to the definition," said Hibberd. "And that's all I have to say."

Previously, another Primacorp executive, Scott Fehrenbacher, CEO of the higher education division at Primacorp Ventures, wrote a letter to council.

In it, Fehrenbacher said that most lenders would not consider financing on a property for a tenant that has just emerged from Companies' Creditors Arrangement Act (CCAA) protection, as Quest has.

If the school were to fail, the new definition would limit or destroy the company's ability to find a new tenant, he wrote.

On the other hand, a representative from Quest's Alumni Association, Johannes Bodendorfer was present to speak at the June 8 hearing.

Bodendorfer applauded the revision, saying that it was in the interest of the school.

"I want to speak on behalf of the alumni association today in expressing support for this bylaw amendment," he said.

"From our own analysis, we think this bylaw protects the interests of Quest by restricting land use to Quest or other institutions mentioned in the Sea to Sky University Act."

He noted that while the association supports both the school and Primacorp, the bylaw change doesn't represent a challenge or obstacle to that partnership.

"I think this bylaw adds important clarity to these two sites, so that's why I'm supporting it," said Coun. Doug Race.

Coun. Jenna Stoner said she would be supporting this bylaw, as she thought it would bring better alignment between District zoning definitions and the Official Community Plan.

As part of this bylaw, there was also a change to the zoning on the Amblepath property, which houses the Platypus daycare.

That amendment was to clarify that the property was for daycare use only.

This was widely accepted by council as well, and also received unanimous support for third reading.

The bylaw is expected to undergo formal adoption in the near future.