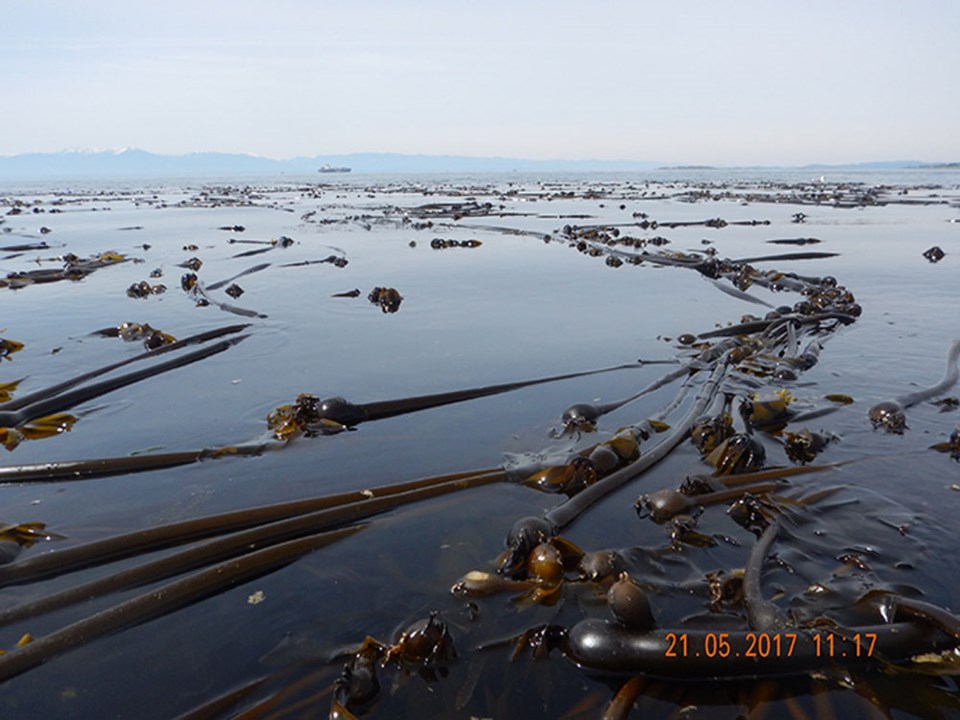 When Maycira Costa first laid eyes on a 1903 British nautical chart pinned to the wall of her colleague's office — beautifully and colourfully depicting the B.C. coast — she didn't realize she was looking at the data she needed for her study of kelp.

As luck would have it, the UVic geographer noticed a peculiar detail: small, green plants drawn in the water. They were kelp beds, otherwise undocumented before satellite images from 2000. Here, they were carefully marked for the navigational hazards they posed to the British naval vessels.

"When I realized what I could do with them, it was incredible," Costa said. "It's an incredibly rich data set that was not being used. Now we have what could be considered where kelp existed along the B.C. coast. Now we can brainstorm what could be the cause of the loss of kelp beds in certain regions."

She contacted the Canadian Hydrographic Service, whose historical database includes British admiralty charts from 1858 to 1956, and collaborated with Fisheries and Oceans Canada to digitalize the charts. Once they corrected the geometry of the charts, they were all added into one digital map spanning the entire B.C. coast.

"The kelp habitats are considered one of the most important habitats to sustain biodiversity in B.C., because it does host different fish and different kinds of crabs and so on," Costa said.

DFO will use the data as a baseline of existing kelp to help define important habitats. Costa said they will add modern kelp forests with the help of high-resolution satellite data. The map will help researchers understand how many kelp beds have been lost on the B.C. coast in the last 100 years, and if those losses are permanent.

"Then you start to understand areas that are actually losing kelp beds and what the implications for that are.  Or you can start to prioritize an area that should be protected from potential oil spills, for example," she said. "We can lose a bed completely in the case of an accident."

She's also studying how different species of juvenile salmon use the kelp beds.

Besides the potential knowledge of kelp beds, Costa said the nautical charts they used as source material also teach the value of well-organized data. Too often, she said, rich historical data can be lost.

See the map at http://uvicspectral.com/research/kelp.