New townhouse development on its way to Wilson Crescent 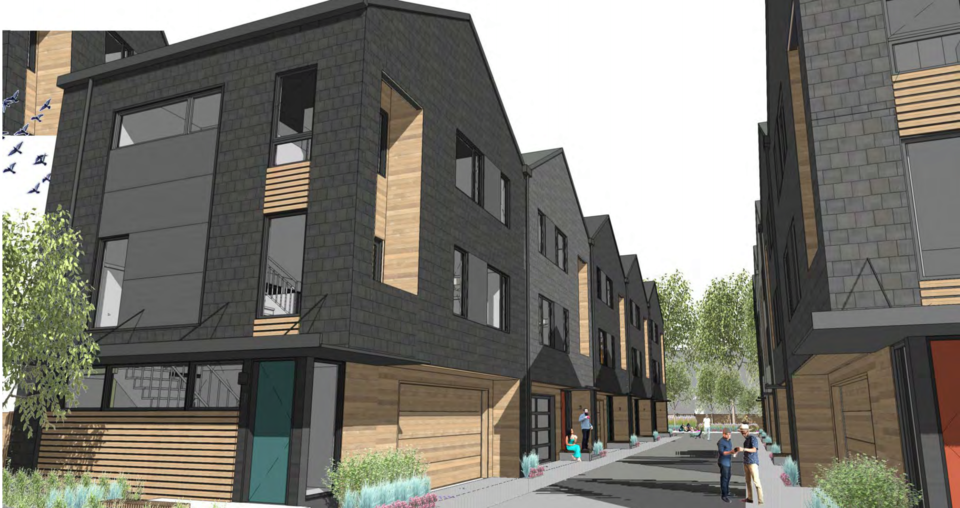 A new townhouse development in Wilson Crescent has been given the green light by council.

On May 19, council voted unanimously in favour of granting a development permit to Harbourview Homes.

"I think this is certainly in line with where we want it to go," said Coun. Doug Race. "I was in council last term when we put the sub-area plan in place and had a vision for densifying that neighbourhood. I know this is not a zoning issue, but this is consistent with it in my view."

Race and several other councillors raised concerns about possible parking issues and space for garbage trucks to maneuver, but ultimately decided to approve the permit.

This project will bring two rows of five townhouses to the west end of Wilson Crescent south.  A common driveway will connect the 10 homes, providing access to two-car garages.

At the back of the development, there will be a children's pump track, natural play features, a bike and dog wash station, and covered seating.

At the front, there will be a sidewalk poured with saw-cut concrete, a seating area featuring benches and wood rounds, bicycle parking, and some landscaping.

With the development permit, the developer was seeking what staff considered to be a minor variance.

A setback is the minimum distance the outside of a building can be from an adjacent property line,

"Staff recognize value to providing private, functional outdoor space to residents, and are of the opinion that overall, the intrusion is minor," reads a staff report, which also recommended approval of the variance.

Staff said that a similar variance was granted to the nearby Arbutus Grove development in 2016.