Slobodin praises the university’s flexibility for helping him successfully manage schoolwork
Sep 20, 2017 9:17 AM By: Haley Ritchie 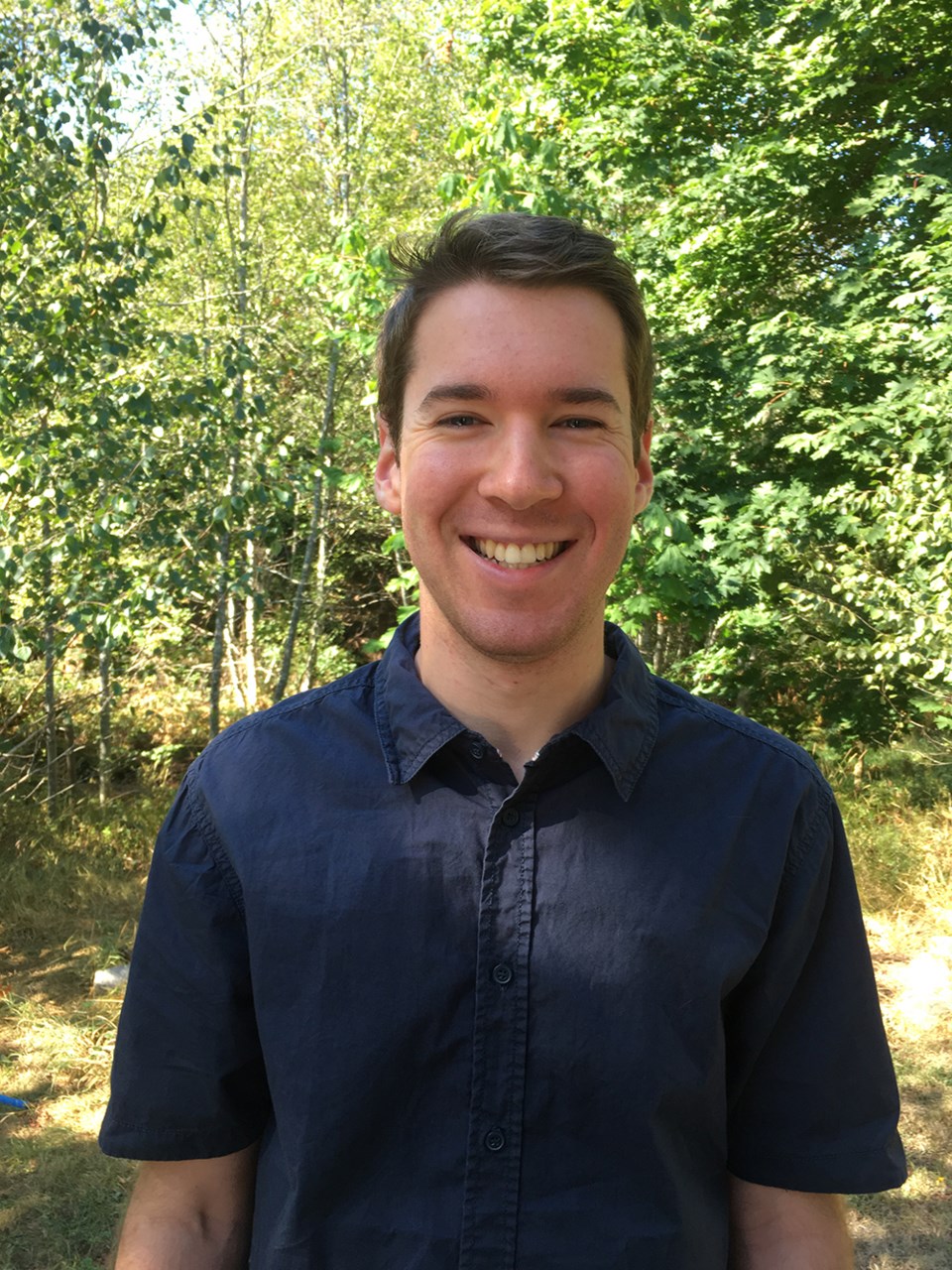 Scholarship winner Aaron Slobodin, who is returning to Squamish this fall to continue studying mathematics at Quest.Submitted

A Quest University student has been awarded a $5,000 scholarship in recognition of his dedication to academics despite a struggle with chronic disease.

“I’m pretty over the moon to receive it this year,” said Aaron Slobodin, who is returning to Squamish this fall to continue studying mathematics at Quest.

Slobodin was diagnosed in April of his first year of school with ulcerative colitis, an inflammatory bowel disease caused by sores on the large intestine. At times flare-ups have caused him serious discomfort, time taken off school each year and frequent visits to a specialist in Vancouver.

That means Slobodin is constantly balancing his schoolwork with both symptoms and a changing medication regime. During a flare-up, symptoms can mean severe pain and frequent trips to the washroom.

“When my colitis is under control, it’s as normal as it gets. I’m just like other Quest students. But when my symptoms are flaring, the main thing is just the uncertainty,” he said. “I’m always in contact with my specialist, so if I’m in class and things get worse, I might need to take regular trips down to Vancouver to see my specialist if I’m not doing well.”

“Everyone has their own things they have to deal with, this just happens to be mine,” said Slobodin.

Despite the challenges, Slobodin plans to study abroad in Hungary this year, complete his degree and pursue master’s studies.

This year, Slobodin has been recognized for his perseverance with an AbbVie IBD Scholarship, along with 15 other Canadian students who manage colitis and Crohn’s while attending post-secondary school. The scholarship is worth $5,000.

Slobodin is originally from Denman Island off the coast of Vancouver Island. When he first enrolled at Quest five years ago, he didn’t pick the school’s block program with colitis in mind. Now he said the unique format has been a huge benefit to helping him graduate on time.

“Another part of the reason I’ve been able to do well is the staff at Quest – they’ve been really accommodating,” he said. “I’ve often had to take classes off, and if you start to get sick in November, a normal semester would mean dropping an entire semester of classes. With the block program, I can just take one class and salvage the rest of the year.”

The AbbVie IBD Scholarship is awarded by Crohn’s and Colitis Canada. Ten scholarships are awarded annually, with five additional scholarships awarded this year in celebration of Canada 150.

Indian residential schools were designed with cemeteries
Jun 21, 2021 6:00 AM