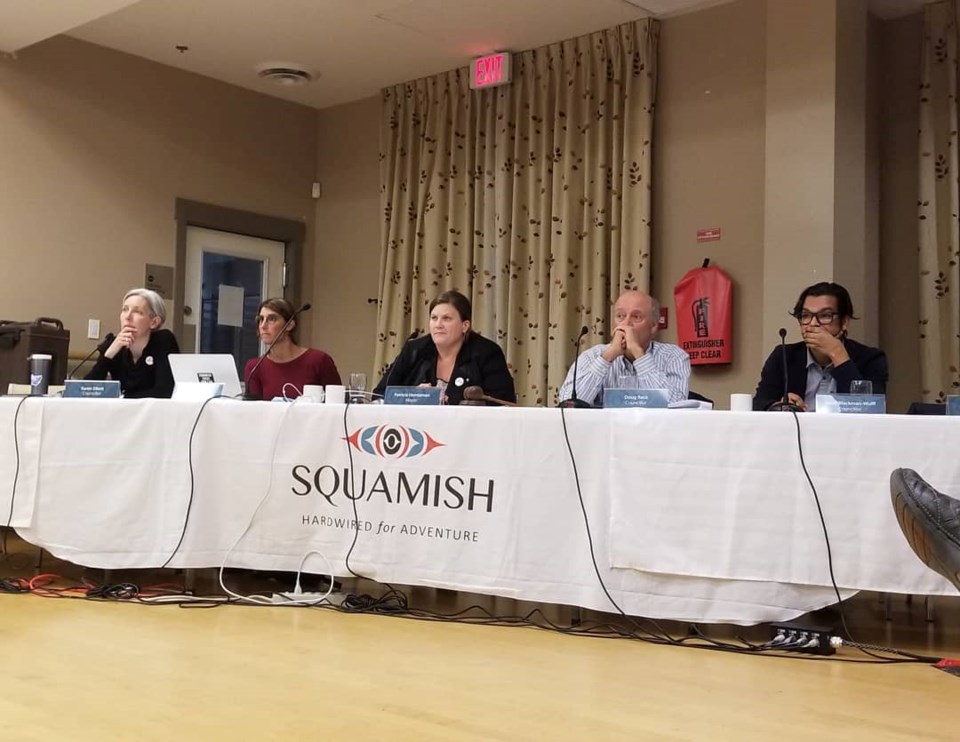 Council has approved the relocation of cannabis retailer 99 North from Second Avenue to the Squamish Station retail mall. The unanimous decision was made Sept. 25 to audience applause.

Bryan Raiser, owner of 99 North, spoke to council with full confidence that the vote would pass.

“I look forward to making history tonight,” he said.

Raiser was asking council for an exception to existing regulations that prevent a cannabis shop from opening within 300 metres of a school. Regulations also prevent cannabis retail from facing Cleveland Avenue.

Raiser praised council’s previous decisions related to allowing his shop and others to operate, even before the province had dialed in its cannabis regulations.

“I’ve had 100s of tear-soaked hugs of appreciation. We’ve changed lives, suffering has lessened in our community,” he said.

Referring to the application, he said the variance was about putting a retail shop in a retail mall, and didn’t need to be complicated further. Alcohol and tobacco retailers already exist within the buffer zone.

“On one side we have empirical evidence and facts, and examples of it being a zero problem whatsoever,” he said. “On the other side, all you really have is stigma — stigma against a plant.”

The storefront will have frosted windows, according to Raiser, with a separate entrance way that requires ID before entering the full shop. Products will be sold in opaque packaging.

Jennifer Bass, who lives on Second Ave. across from the current 99 North location, said Raiser has been a “very respectful neighbour” and any problems around the shop have arisen from the area not being suited to retail.

“I support this change,” she said, adding that she has a child in elementary school.

No one opposed the variance permit at council. In total, 40 comments were received, with 35 in support and five not in support, including opposition from Capilano University, Ecole Les Aiglons, Vancouver Coastal Health and School District 48. No one spoke in opposition at council.

The 300-metre buffer will remain in place for the time being, but as was demonstrated on Tuesday evening, council can still agree to exceptions on a case-by-case basis and it could be changed in the future.