Employment and human rights lawyer on what you need to know and what may be next
Mar 14, 2020 12:52 PM By: Jennifer Thuncher 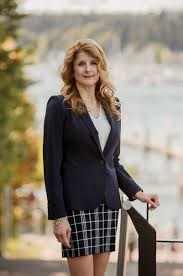 COVID-19 is creating uncharted territory for employees and employers in Squamish and beyond.

Questions range from what rights to time off employees have to what responsibilities an employer has if there is a need to lay off or terminate large numbers of employees.

The Chief caught up with Andrea Raso, an employment and human rights lawyer with Clark Wilson LLP, to answer these questions and many more.

This is an edited version of that conversation.

Q: Can you tell me about leaves of absences and how the federal government funding will impact this in the wake of COVID-19?

A: It really depends if you are a provincial or federal employee. But generally, they have expanded the Employment Insurance program so that there is no longer a waiting period. I do expect that they will expand it further, depending on how this unfolds. If it gets to the point employees need to be quarantined or self-isolated for some time, even if they are not sick, I would expect the government to expand that to EI as well so that people who are not sick, but kept at home for whatever reason, the government will take care of that.

I also expect that the provincial government will enact some sort of legislation that protects jobs. Currently, if an employee goes on parental leave, for example, the employer can't terminate them because of that leave. I expect that the province might do that for those required to be quarantined or self-isolated so that their job is protected and they are ready to come back to work.

Q: Can you talk to me about using sick days at work during this crisis?

A: Some employees aren't entitled to sick days. If you are a unionized employee, then your collective agreement probably has something about sick leave. Some employees have contracts that allow them a number of personal days, leave or sick leave per year.

Absent that, there isn't a law that says you get specific time off for being sick. Some employees may find themselves without sick days or sick time to take. That is where I think the government may expand employment benefits.

Requiring an employer to supply them might not happen, because a lot of employers whose employees are not able to come to work aren't being productive and they aren't making money.

We would like to think employers would do the right thing, but the problem is employers are going to be cash-strapped if they have a number of employees who can't come to work. So, I do think this is going to have to come from a government stimulus package.

Q: Regarding the right to refuse work, how far does that go? For example, a grocery store worker who doesn't want to serve customers? Can they refuse?

A: There's always the test of reasonableness that comes into it. When an employee says they are not going to work, if the employer were to dispute that, there would be a determination by the WorkSafeBC

They analyze whether or not the refusal was reasonable under the circumstances. If the person next to you tested positive for it, then your concern is legitimate, but it has to be something within the workplace.

This is where employers have to be proactive and communicating to all employees, if you are sick, do not come in. Try and keep as much space between employees as possible. Tell employees not to go beyond your workstation if you don't have to. They should be putting hand sanitizers everywhere and educating about washing hands. The employer has an obligation to ensure the workplace is safe. If they do those steps, and an employee says they aren't coming to work, they have to have a better reason.

Q: What if what your employer is asking you to do something beyond the pale?

A: If they are asking you to go to a nursing home, for example, which is outside your normal duties and that has suspected coronavirus cases that would be within your right to refuse that. One of the difficulties in answering clients' questions about this is that it is very, very situational and contextual. You really have to look at all the specific circumstances of what is going on. It is uncharted territory. It is going to be some trial by fire and I am sure there are going to be some errors that are going to be made and so we just have to use the tools we have right now the best that we can. We expect that employers want to do the right thing.

Q: What about discrimination in the workplace based on suspected COVID-19 or rumours of it. Can you address that for us?

A: Under the Human Rights Code there are several grounds under which people are protected: places of origin, race and colour are the big ones. If there is discrimination because someone is Chinese or Iranian, that is a pure and simple case of discrimination. There's also discrimination based on physical disability. However, the human rights tribunal has not found cases of flu and other temporary illnesses as a disability. So, it would be hard to say that someone was discriminating against you under the law because, say, you were in Washington State at some point and they think you have the coronavirus. So, there is very little protection from a statute point of view, under the Human Rights Code. But the employer should be made aware of any incidents of discrimination in the workplace and employees should be told that type of behaviourisn’t accepted.

Q: I am sure you can't talk about specific cases, but are there any other themes that are coming up from the clients you deal with regarding COVID-19?

A: We have touched on the big ones. Things like, “There is a lot of anxiety in the office, how to I quell that?"

And the second common question is about what is going to happen from a payroll perspective. The other one is some employers who are looking to the future are thinking about mass terminations. For example, there have been businesses completely gutted, in travel and hospitality industries, for example. Once you hit 50  employees, say, who are going to be laid off at once, the severance obligations expand significantly. We have had some questions about that. And some questions about temporarily laying off workers. There are provisions under the B.C. Employment Standards Act that allow you to temporarily lay off people up to a maximum of 13 weeks. They go off work, they go on EI, then they are recalled within 13 weeks. In that situation, there is no severance or notice of termination that has to be provided to them.

Q: What about lawyers and still having to go to court?

A: In Ontario, all jury trials have been suspended — both criminal and civil — which, if it comes to B.C. it is a big concern because then what happens with criminal trials? What happens with individuals who are entitled to a jury trial and now those have to be adjourned to some unknown point. Are we going to get into a situation where, by the time they can get around to a jury trial, there has been too much of a delay?

Other than that, in the courthouse, they are taking precautions. The public can still come in and watch, but I can see that changing.