Dirty wood goes to Port Mellon’s Howe Sound Pulp and Paper where it’s used to produce energy to run the mill
Jan 23, 2017 9:20 AM By: Jennifer Thuncher 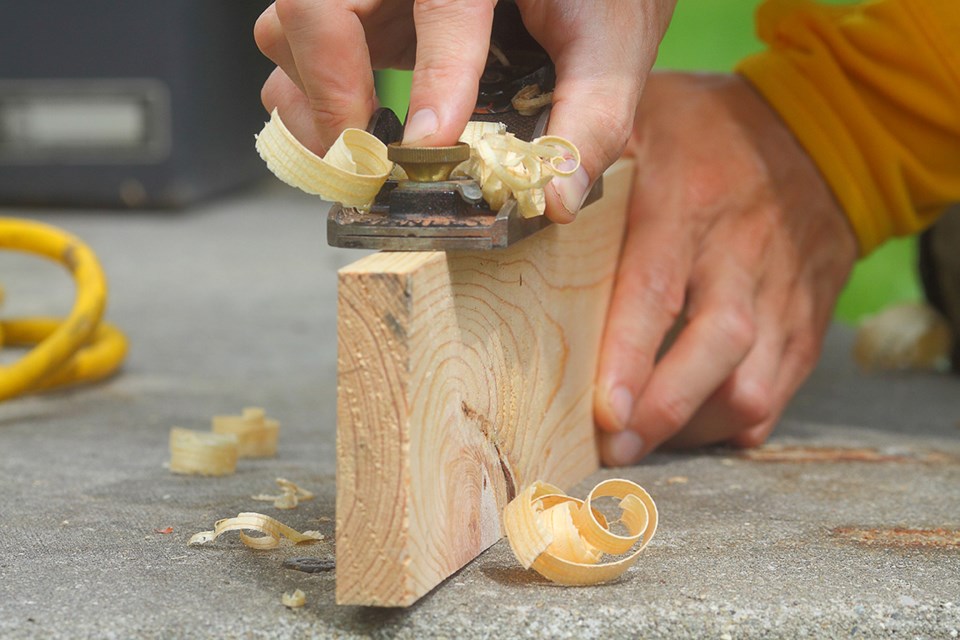 What happens to wood waste created by construction, demolition, tossed-out furniture and yard scraps that end up at the Squamish landfill?

The Squamish Chief asked the District of Squamish about the process of disposing our wood waste.

Clean wood, such as untreated lumber and pallets, dirty wood, such as stained wood or partible board, and treated wood that has been preserved or has creosote on it, all gets collected at the Squamish landfill.

The so-called dirty wood is ground up and transported to Port Mellon’s Howe Sound Pulp and Paper where the waste is used to produce energy to run the mill, according to Chris Wyckham, the district’s director of engineering.

“Clean wood and yard waste is ground up and used as a carbon-rich material in an organic waste processing facility in the Lower Mainland,” Wyckham explained in an email.

While the clean wood chips could technically be put back into the forest, such as in newly logged areas, it wouldn’t be cost or energy efficient to do so, he said.

“The cost of grinding up the material, trucking it out to the forest and then spreading it would cause the clean wood tipping fee to increase dramatically and deter people from separating it out from their garbage,” he said.

The district encourages logging companies to leave their wood waste in the forest when they are logging, he added.

Treated wood waste is disposed of directly into the landfill.

“[Because] when it is burned, some of the arsenic is released into the air with the fly ash, which poses a hazard to human health,” said Wyckham.

But the district is working on an energy-recovery alternative.

“The District of Squamish is currently working with consultants on an analysis of the energy recovery options for wood and/or other organic waste, which is expected to be presented to council in February 2017,” said Wyckham.

What about the contaminated water– leachate – that the treated wood creates in the landfill?

Wyckham said until five years ago the leachate went directly into the environment.

In about 2011, closed portions of the landfill were tarped and a liner was installed under new garbage.

“This liner pipes the leachate directly to the district’s Wastewater Treatment Plant,” Wyckham said. Some of the contaminant will make its way into our rivers and oceans, he acknowledged, but the waste that is ultimately discharged from the plant is tested regularly.

“Ideally we would be able to keep all contaminants out of the environment at any level, but there will always be an impact to the environment from the garbage that we all throw away,” he said.

“Either way, the leachate will find its way to surface or ground water, so collection and processing, even if imperfect, is far better than what was at the landfill five years ago.

“Bringing the leachate to the Wastewater Treatment Plant enables us to reduce the impact and actively monitor our outputs to the environment, keeping them within the limits set by the BC Ministry of the Environment.”