Dish soap the secret ingredient to freeing a person whose knee was lodged in a crack
May 29, 2020 1:55 PM By: Steven Chua 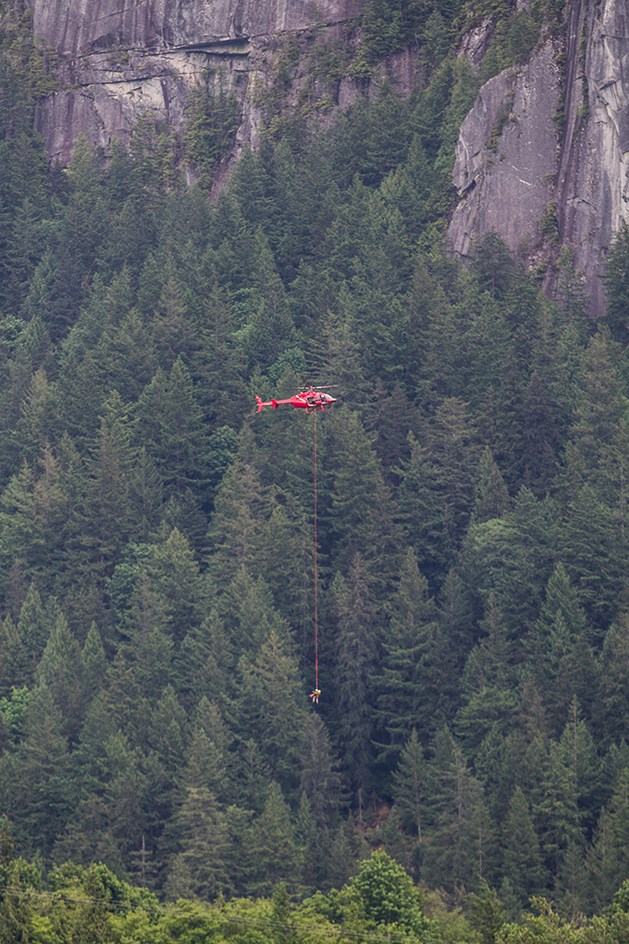 Squamish Search and Rescue took a page out of MacGyver’s playbook in freeing a female climber trapped on the Apron of the Stawamus Chief.

Rescuers used dish soap to help the climber free her knee, which was lodged in a crack, SAR manager BJ Chute confirmed.

The rescue finished up late afternoon on May 29. Crews lowered themselves on a long-line from a helicopter to the climber’s position and worked to free her.

Routes on the Apron, like much of climbing in Squamish, require a lot of crack climbing, which forces athletes to jam their feet and hands where the rock splits in order to reach the top.

However, sometimes this technique can lead to sticky situations.

Chute says the climber is now in hospital.

The accident comes a little over two weeks after some COVID-19 restrictions were lifted in the park.

Climbing has been the main activity happening at the Chief, as its most popular hiking trail — the backside, or three peaks trail — remains closed as part of pandemic restrictions.

Previously, the entire area was shut down to enforce social distancing after crowds flocked to the park in late March.