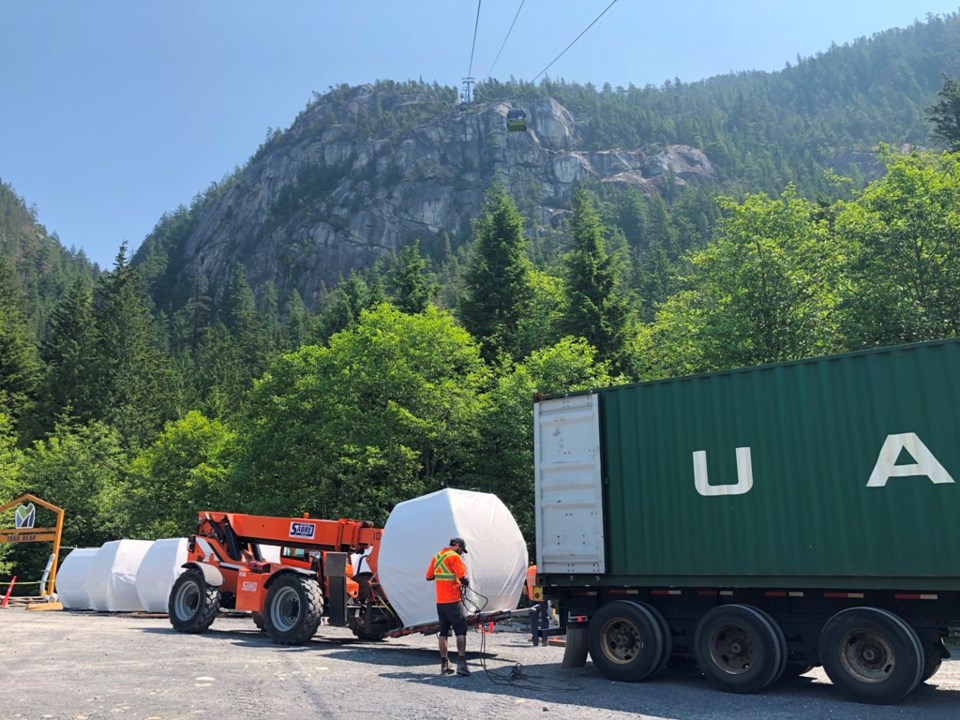 Ten new gondola cabins were installed at the Sea to Sky Gondola in Squamish on May 31.Sue Dixon

The Sea to Sky Gondola can now bring more people to view Squamish from above — and then back down — with the recent addition of 10 new gondola cabins.

Seating eight people each, the company said they increased their ride capacity by 50 per cent with the installation on May 31.

General manager Kirby Brown said the Sea to Sky Gondola "was built with future capacity in mind. They put 20 of the 40 possible cabins on the line. Over the past two years in particular, we've really been watching download lineups on busy weekends increase to a size that we're just a little bit uncomfortable with in terms of guest experience."

At times, lineups to go down the gondola have been longer than 45 minutes, a wait that was becoming more common, Brown added.

Sea to Sky Gondola hopes the recent addition — costing around $500,000 — will reduce those waits, which will also allow people to leave the parking lot sooner, freeing up space for incoming visitors.

"The other part is we're anticipating people staying longer at the summit once we complete the proposed tree walk project," he said.

The 34-metre tall spiral walkway that rises above the treeline was announced in February, and is anticipated to open in spring 2020.

Until the May 31 upgrade, busy days at the bottom of the lift required the gondola to move faster.

"We turn the gondola up to its maximum speed, which is just over five metres per second. People are only enjoying the lift up for about eight minutes. Of course, that's a big part of the experience. By having more cabins on the line, we can slow the lift down," Brown said, which will be easier on the equipment. He said three and a half metres per second is the lift's sweet spot.

So far, the Sea to Sky Gondola has been slightly busier than this time last year, Brown said, but not significantly.

As for the ability to add 10 more gondola cabins in addition to the latest upgrade, the manager said they may add them in the future.