What is happening with Garibaldi at Squamish? 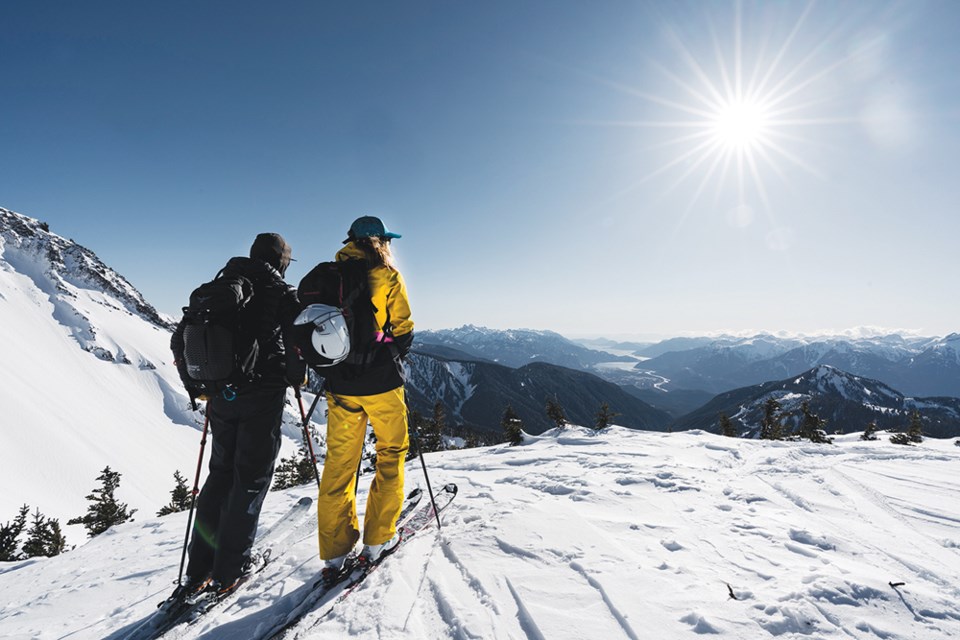 Former city planner and Squamish resident Sabina FooFat is on record as having opposed the earlier iteration of the Garibaldi at Squamish project.

The previous plan for two golf courses, in particular, irked FooFat, who formerly worked for the District of Squamish for a decade and the City of Vancouver for five years.

But times, plans and opinions change.

These days, FooFat is not only a supporter of the current design and plan for the all-season resort slated for Brohm Ridge, but she is also its project director.

“A couple of the big game-changers for me on this project, were, first of all, the project changed majority shareholder ownership in... around 2013 and the things I was most opposed to about the project — the golf course around the lakes and the big sprawling urban form — those came out of the plan,” FooFat told The Chief.

Aquilini Investment Group, in partnership with other project shareholders, formed the Garibaldi Resort Management Company in 2009. Several contracts for the project were in place until 2013. In 2013, GRMC was able to make several changes to the project, including removing the golf courses from the concept and retaining a different consulting team.

FooFat took over the Garibaldi at Squamish role from Rod MacLeod, who recently retired.

In addition to the changes in the plan, FooFat said her research into sustainability and population growth for the City of Vancouver helped change her perspective.

“I’ve been thinking a lot about the growth projections for the Lower Mainland and the Pacific Northwest. There will be hundreds of thousands more people coming to explore our backyard in the coming decade, and I want to make sure my community is well positioned to protect our world-class natural assets while being a welcoming and resilient outdoor recreation destination,” she said, in a press release.

FooFat added that recreation amenities in the Sea to Sky are already at capacity.

“Everyone has a story about trying to get to Alice Lake or Brohm Lake or Murrin,” she told The Chief. “I have been looking at the [SLRD] Regional Growth Strategy and the Official Community Plan, the Ministry of Forests, Lands and Natural Resource Operations website and I don’t have a good sense of a regional recreation strategy to accommodate hundreds of thousands of people, so that is what led me to think that maybe we need to have more accessible outdoor recreation.”

To create such opportunities costs a lot of money, FooFat noted, which may not be something government can take on.

Regarding a big concern expressed in the corridor about the project — the capacity of the highway to take on the increased traffic — FooFat said that is something the project can’t control, but a problem that may be solved with innovation over time.

“I feel like we are seeing a lot of moving pieces coalesce,” FooFat said.

A lot of changes in technology could occur over time — maybe higher-speed or medium-speed rail will be the answer for our area, if not high-speed rail — so the best thing the project can do is design the resort’s system to be as car-free as possible, she said.

“Our job is maybe not to solve corridor transit, but it is to participate in the solutions, be a catalyst for solutions and make sure we are structured so that we don’t have a model based on single-occupant vehicles,” she said.

With the highway upgraded for the 2010 Winter Olympic Games, Whistler was adamant that their business model was built on a dependence on vehicles, an outcome residents of the corridor is living with now, according to FooFat.

“If we establish a system where you don’t need your personal vehicle, and we make sure that transit is well planned and easily accessible, that is what we need to put in place.”

The resort’s earlier plan to get water from Paradise Valley and the Cheakamus aquifer has shifted to the resort now looking for on-mountain sources.

Frontier Geosciences is onsite for the next six to eight weeks, she said, performing transient-electromagnetic vertical target surveying to test for optimal well sites.

“It would be really good if we could rely on mountain water instead of the Paradise Valley system.”

Gravity Logic, a mountain bike trail design company was also hired by Garibaldi at Squamish to put a mountain bike lens on the site. The consultant identified six to eight “fantastic, massive” bike loops for the resort.

Biking trails are also one aspect of the resort that reflects the project’s planners taking climate change into account, according to FooFat.

“We know that winters will be warmer than they are now... by 2050 by about five degrees.... the resort has to be designed to start incorporating mountain biking earlier, designing access to trails sooner.”

FooFat said many answers that Squamish residents want about the project, can’t actually be determined at this stage, due to the “confusing” process of approvals that resorts have to go through.

The legislation for the environmental assessment and the master planning pieces are different.

“The provincial process is not linear. You do your environmental assessment certificate, which talks about a lot of technical environmental components of the site, it also covers impacts like transportation and economics,” she said. “A lot of the questions the community has are master planning questions.”

The environmental assessment process
is first.

“We are in a chicken and egg situation where the community is waiting for a lot of master plan questions, but we can’t submit master plans until governance is addressed.”

The District could annex the project, but the current council has said it doesn’t want to decide on whether or not to fold the project into the municipality until master planning questions are answered, but the project can’t reach that stage until it knows about governance.

“We recognize that this proponent needs local government support to move forward, and the District of Squamish has been very clear since the Environmental Assessment process on our outstanding concerns, not the least of which is the impact on the highway and the regional transportation network,” Mayor Karen Elliott said in an email to The Chief.

“Other concerns stem from a lack of clear understanding of the socio-economic impact which was last assessed in 2010, the water supply and impacts on Paradise Valley residents, local real estate impacts and staff/affordable housing impacts. At the same time, we have requested fiscal impact assessments from the proponents, in particular, to address commercial failure scenarios of the project, in order to mitigate any negative impacts this development could have on future DOS taxpayers. A discussion about expanding the District’s boundary to include the project is premature until answers to our concerns are provided.”

Project officials are going to go back to the provincial government to ask for guidance on how to proceed, she said.

“We are at an unproductive place with it,” FooFat said.

Supplying staff housing is a big part of the plan for the resort, FooFat said.

The resort will provide 2,740 employee units, to be combined with a density bonus zoning provision to encourage rental suites for resort employees in private accommodations.

Once it is operational and fully built out, there will be 4,000 employees.

“Everyone recognizes, Vancouver, Squamish, Whistler, there’s an affordable housing challenge,” she said, adding she would like to see density bonusing put in place where, for example, if staff housing is supplied.

“We could have the purpose-built ones supplied by the resort and we could also give the market opportunities to provide rentals [to] help them with their mortgage payments. I think we can apply more than one tool so the resort, at least, covers its affordable housing needs.”

A long-standing bone of contention around the plan for the resort has been what would happen with the Black Tusk Snowmobile Club (BTSC), which was founded in 1971 and would lose its area on Brohm due to the resort.

FooFat said the resort wouldn’t find another sport for the club, but would support  any process it goes through at a provincial level to establish another area for itself.

“We will also contribute to the construction of a new club building,” she said.

On behalf of the Black Tusk Snowmobile Club, Graham Roberge told The Chief, if Garibaldi at Squamish proceeds “the Sea to Sky snowmobile community will be greatly and negatively impacted by the loss of terrain and infrastructure that provides safety and training with its existing trails and Alpine Learning Centre,” he said.

“We believe GAS has a moral and social responsibility to replace and improve our current infrastructure and trails,” he added.

Roberge noted that the June 2019 BC Snowmobile Federation Economic Study of Snowmobiling in BC states that the sport has an economic output of $30.4 million in the Vancouver, Coast Mountain region that includes the Sea to Sky.

There are nine clubs with 1,087 members in the region, the report states.

Roberge said that with a series of closures to snowmobiling areas in the Interior, it is likely our region will see a dramatic increase in participants this winter and going forward.

Squamish Nation is an equity partner in the project.

“The relationship grows stronger with time,” FooFat said, adding that Squamish Nation members are in the office and staff meet with Nation elders. The name of the resort will also be changing, with the help of the Nation.

“One of the things that makes me really interested and engaged with the project is the opportunity to build a zero-emissions resort,” she said.

Squamish has opportunities to use its industrial space to offer sustainable aspects for the project, she said.

“If there is a client nearby that needs high-performance building components, there’s a lot of potential economic benefit there,” she said.

Mass timber is another element the resort is looking at as an alternative to concrete.

“This is potentially a direction for the forest industry," she said.

For more on the project, go to www.GaribaldiAtSquamish.ca.

**Please note, this story was modified after it was first posted to say that mass timber 'can be' cheaper rather than it 'is' cheaper.