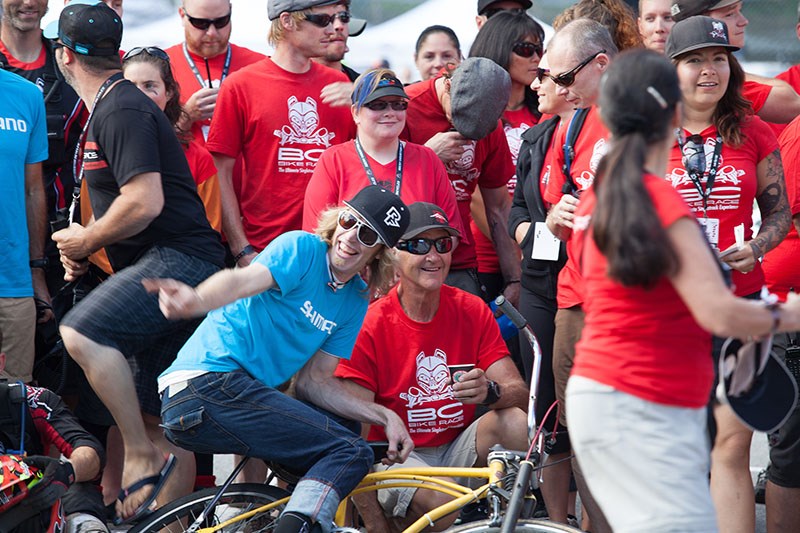 The BC Bike Race returns to the trails of Squamish on Friday (July 3) but day one in Cumberland results indicate there could be a lot of local flavour on the leader boards in 2015.

The event kicked off on Sunday (June 28) with American Spencer Paxson holding the lead in the solo men division Quinn Moberg sits fifth and is just over five minutes off the pace.

Moberg, fresh off a second place showing at the 2015 Test of Metal, won the open men team of two division with Squamish’s Greg Day at last year’s BCBR. Day is suiting up in the team of two division again in 2015 and sits in first place after day one. He’s teaming up with North Vancouver’s Kevin Calhoun and they’ve opened up an 11-minute lead.

In the team of two open women division, Squamish’s Brandi Heisterman and partner Leah Trudeau from Whistler have a lead of over an hour after a great race on day one.

Over in the master’s men division, Squamish’s Dwayne Kress started strong on day one and has a 12-minute lead over Squamish rider Chris Christie.

The Squamish stop is day six on the BCBR, which also includes races in Powell River, Sechelt and North Vancouver before concluding in Whistler on Saturday (July 4).

The course is referred to as a combination of the Gearjammer and Test of Metal courses, with an elevation of 1,944 metres and a distance of 55 kilometres. The Squamish course is also racers last chance to make a move and gain ground before the finale in Whistler.

Day six gets underway at 9 a.m., with both the start and finish lines located at Brennan Park. The first riders are expected to cross the finish line at around 11:30 a.m.