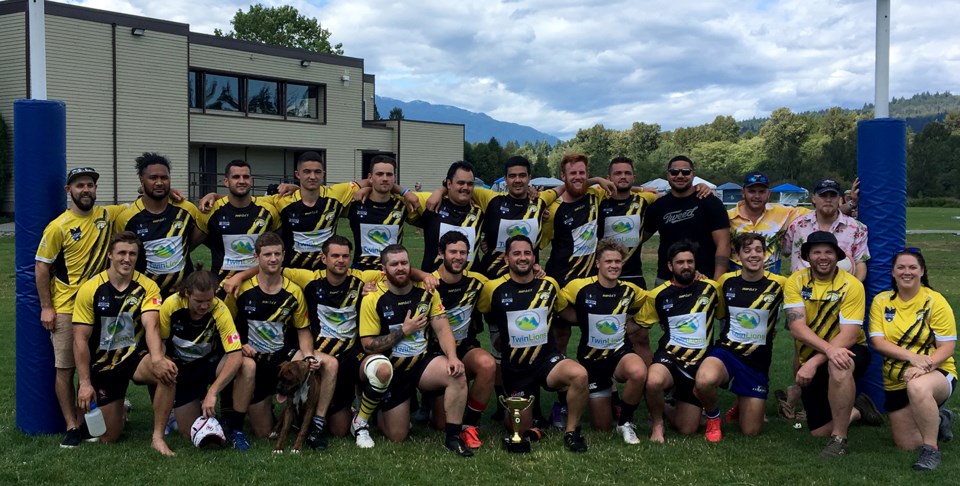 Team shot after the win Saturday, in Burnaby.Courtesy Coastal Cougars

The Coastal Cougars Rugby Leauge bookended its season with victories.

After this weekend's win, the Cougars now hold the two trophies on offer each year in the British Columbia Rugby League season.

At the start of the season, the team won the BCRL 9’s Championship, and on Saturday, July 27 they ended the season with a 38-28 win against the Point Grey Thunder at Burnaby Lake, making the Coastal Cougars the 2019 Canada Rugby League-British Columbia regional champions.

"Both coach Alec Douglas and I are extremely happy with how the season went," said Blake Stewart, coach of the Coastal Cougars.

The Thunder came into the final undefeated.

That streak looked to be continuing, with the Cougars down 18-4 after 20 minutes of play.

"After a really good 20 minute period where we cut down the errors, we went to half time 24-18 up," recalled Stewart.

"And from there we didn’t look back. With a hat trick of tries, our young 19-year-old Canadian winger Colton Carpenter was great in only his fourth game of rugby league and with Jack Alcorn, another 19-year-old leading from the front, we secured a 38-28 victory. "

New Zealand centre Philip Lelievre was voted Man of the Match by the players, thanks to his "huge effort," Stewart said.