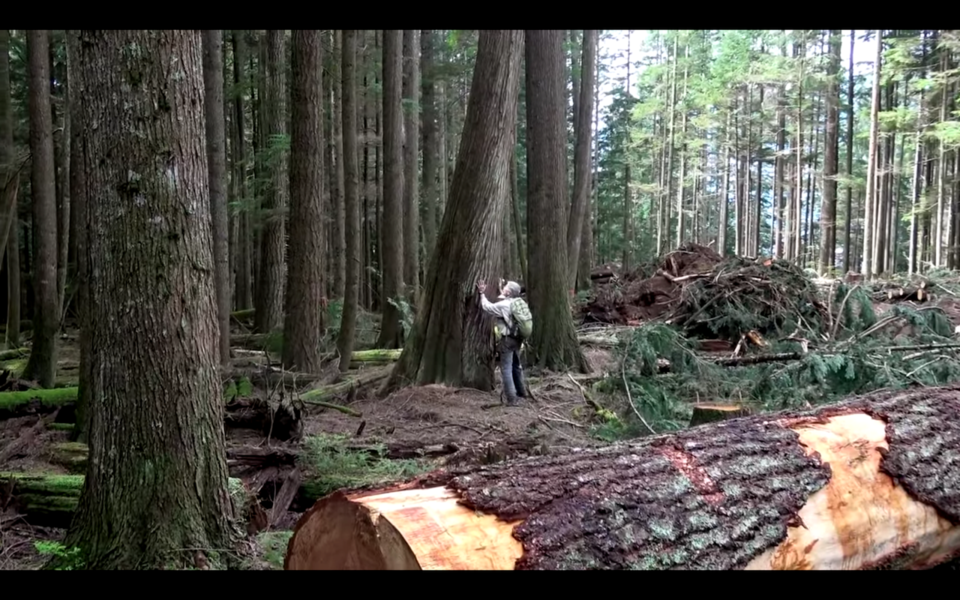 Bowen's intrepid amateur nature videographer headed to neighbouring Gambier to take a look at the logging plans on the island. Bob Turner / YouTube

The creek and its forests above West Bay on southwest Gambier Island are a jewel and there are imminent plans to log its headwaters, including old-growth forest and cutting right through the creek. If you are moved to act there is a petition against the logging on the Gambier Island Conservancy website at chng.it/Pc5CwT7rF7. And MySea2Sky has a letter-writing campaign to Premier Horgan at myseatosky.org/defendancientforests.

We’ve been here before. In 2014, a new provincial woodlot operation was proposed for the NE corner of Gambier Island. And in 2017, as we remember well here on Bowen, BC Timber Sales proposed logging the provincial lands on the island. Both times big public protests against these initiatives were an important part of the withdrawal of these plans. We are hoping a huge public outcry can happen again with the proposed logging in Whispering Creek.

So worth fighting for.