The proposals involve regulations for Oceanfront Squamish and marine zoning for the town's waters.
May 22, 2021 9:17 AM By: Steven Chua 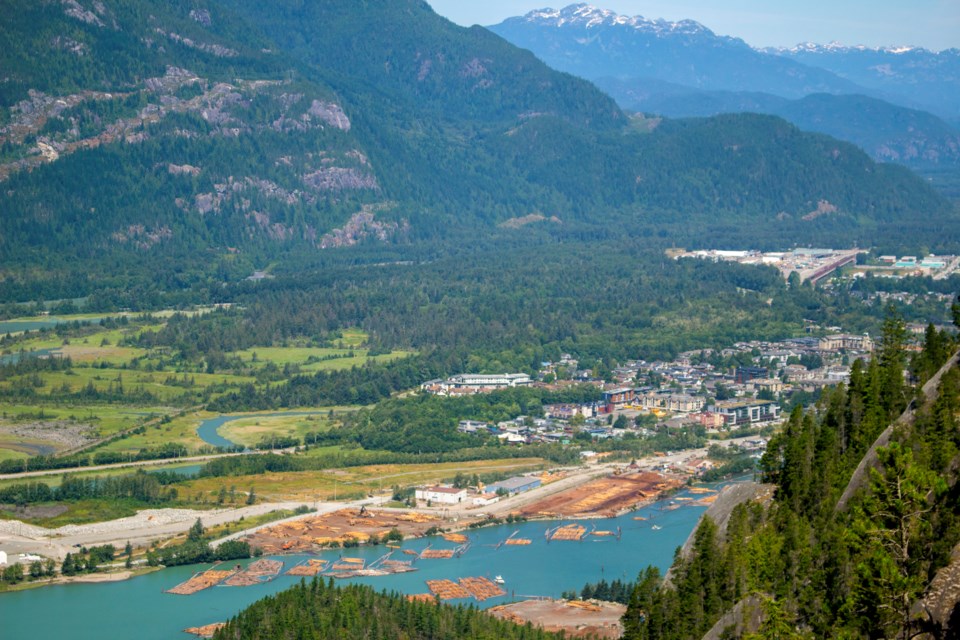 The District is sending two proposals to public hearing, both of which will shape the way the town's waterways and some of its waterfront space will be governed.

The first was a proposed amendment to the regulations relating to Oceanfront Squamish, a premier piece of waterfront land, while the second involved proposed new marine zoning for the town's waters.

With respect to the first item, council gave second reading on May 18 to proposed changes to the Matthews West Oceanfront Squamish development that would create more public roads in the area.

In exchange for this, the proposed regulations governing development in the area will allow more density to offset the development space that's being lost by the increase in public roads.

Elected officials voted unanimously in favour of the motion.

It's now expected to be brought to an online public hearing on June 8 at 6 p.m.

In addition to creating an adjustment to density, there were a few other highlights.

These included a stipulation that would require 80% of all residential gross floor area to use only renewable sources of energy and accommodate some on-street parking in the village area.

Furthermore, allowed height would also be increased to accommodate the creation of mass timber buildings, which are expected to be more environmentally friendly.

There's also removal of a cap on employment space, which would permit more industrial-oriented and office uses in the area.

Council was widely supportive of the motion.

"I think it makes what was a good development even better," said Coun. Doug Race.

"As we go forward, some of these points I think will add to the public benefit, the developer benefit and the user benefit for this development."

Coun. Chris Pettingill supported the reading, but noted he still had some concerns about office-to-retail ratios, and wondered if people working in that area would also be able to afford living there.

He also said while there were great strides in emission reductions for residential spaces, this was not so much the case for commercial and industrial spaces in the development.

"These amendments don't change the spirit of what we are trying to achieve, which is the original vision of [one]-third park, [one]-third employment and [one]-third residential," said Mayor Karen Elliott.

Regarding the second item, a proposed change in marine zoning, council voted 6-1 in favour of granting it second reading.

Coun. Eric Andersen was the sole dissenting vote. All other elected officials voted in favour.

As a result, this change is expected to go to public hearing on June 8, 6 p.m. as well.

Among other things, the bylaw introduces several new marine zones that are intended to plan and design waterfront sites to minimize impacts on the marine environment; support ongoing industrial land use of the port facilities; and establish and preserve a natural areas network to support the health and productivity of aquatic and terrestrial ecosystems.

Andersen said he was concerned about items in the proposal, such as the proposed M4 log storage zone.

"I'm not satisfied that we have our provisions lined up or that proper consultation has taken place, and I've heard this with industry people as well," he said.

Andersen recommended the municipality talk with the Council of Forest Industries.

He also wondered why it was necessary to create a P4 zone in the upper Mamquam Blind Channel area when there is little development pressure in that region.

Andersen said it would add more clutter and confusion and could obscure goals with respect to the planning process.