“I thought, why not me?” This Squamish woman became her company's very first female manager

“It's primarily a guy's business,” says Jeanette Levett, chuckling. “When we go to the annual meetings, and I take my husband, the guys automatically think they should be talking to him. My husband is very good at saying, stop stop. 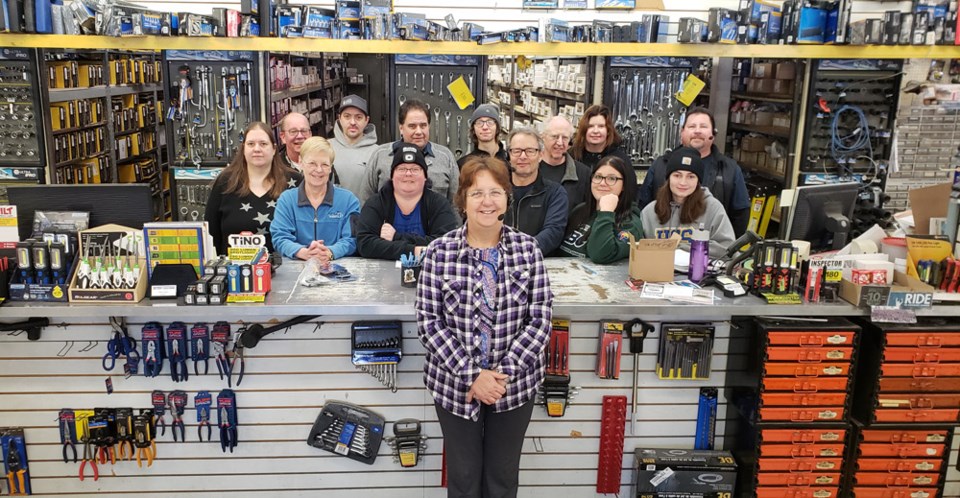 “It's primarily a guy's business,” says Jeanette Levett, chuckling. “When we go to the annual meetings, and I take my husband, the guys automatically think they should be talking to him. My husband is very good at saying, stop stop. It's my wife who's the owner, not me.” Levett is used to it by now, saying, “I'm okay with it now because our customers and vendors respect who I am and what I know.”

She first began working at Triton Automotive and Industrial in 1994, in the accounts payable department. After about six months, the store's general manager told her that she wasn't being used to her full potential, and moved her to the purchasing department. The promotion was challenging, but one she was eager to take on, saying, “Learning that aspect of things was a real change for me...We have an automotive section, a truck parts section, a safety division, a full steelyard in the back, oxygen and acetylene for welders, gas... It's a lot of knowledge to pick up. It didn't take me long, but it was just different.”

Levett says she became a partner in the business after watching a variety of men with less experience than her come and go from the position, and having the confidence in herself to ask for the job. “I said, 'why is it you always pick guys?' These guys had never worked here as long as I had. I felt I could do as much as they could. I thought, why not me? One of the partners looked at me and said, “huh!'”

The two original partners talked it over and offered Levett the position, a decision that she says has worked out well. She says her knowledge of the financial side of the business and the company's product line has paid off well. She relishes the more challenging aspects of her job, delighting in finding and ordering obscure parts for customers: “having knowledge and experience,” she says, “is addictive.”

The business, Levett says, has been growing steadily each year, and she hopes to maintain the growth. There are other changes, too: she adds that there are now more women than ever working for the company. “Things have changed. I have a helper, Stacy, and two female receivers. They wouldn't have got those positions if not for another woman stepping in and saying, 'women can do this.'”

If you want to learn more about Jeanette and what she and the team do at Triton, head over to their website.