Squamish kids’ camp can be a big change-maker

Healthy Hearts Healthy Minds, a Squamish-based camp for boys and girls, strives to deliver an impact 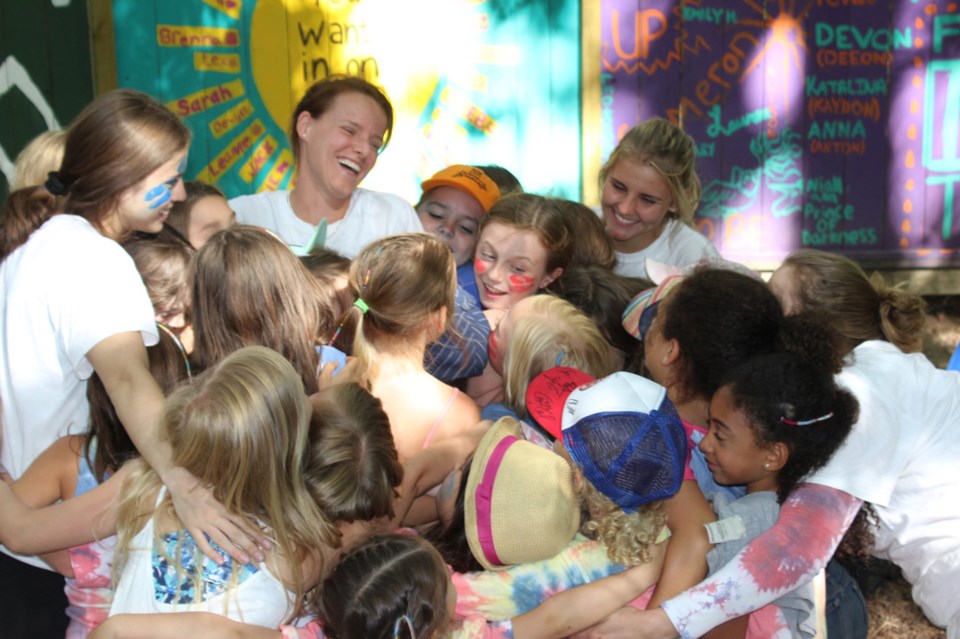 If you step back and look at your life so far, can you pick out a specific time and place where everything changed so dramatically that it made you what you are today?

For some of us, that may be difficult.

But ask Vanessa Doak, and she will narrow it down very precisely.

“I would never be the person I am today had I not been sponsored to go back time and time again to the one camp I cherished as a child,” says Doak. “It was the greatest gift of my life.”

Doak, who grew up among other families like hers under the poverty line in Toronto, owns and runs Healthy Hearts Healthy Minds, her own camp that strives to deliver a similar impact she experienced for boys and girls from Squamish.

“My family never had the means to send me,” she says.

“So, I am consciously aware I was very lucky to have all the experiences I had. It’s also something that has kept me in camping and put me where I am today.”

Doak says the camp culture she thrived under was all-accepting.

“I was a real tomboy growing up,” she says, “a little rough around the edges, which went hand-in-hand with how I grew up in Toronto housing.”

But she met camp staff who offered her the simple opportunity to just be herself … for once.

“They (camp staff) wrapped me in love. It was the first time in my life I could let down my guard and just be me,” Doak says.

“That’s the amazing and beautiful thing about camp. Nobody knows where you’ve come from and you can be yourself, not like at school where you feel the need to wear a mask,” Doak says.

“Even the quirkiest of kids are put on a pedestal because you learn to appreciate those differences,” she adds. “It’s like a Utopia, a dream place where they can be 100 per cent, authentically themselves.”

Doak has been running camps for both girls and boys under the Healthy Hearts Healthy Minds banner for the past four years.

“Each season I grow the camps a little, adding another program,” she says. “Now, years later, I have been able to work with more than 400 families in Squamish, and run camps for kids as young as three.”

All the while, the camp’s foundation remains committed to be welcoming.

“Kids come to camp knowing they are not going to be judged, teased or bullied. They are going to be supported and uplifted,” Doak says. “And as I see them grow in that environment, I sometimes get a glimpse of myself at that age.

“That to me is a most beautiful image to see—one of freedom for a child to be themselves.”

For more information about Healthy Hearts Healthy Minds and the variety of camps it offers, visit their website at healthyheartsbc.com.