New District of Squamish camping rules in the works 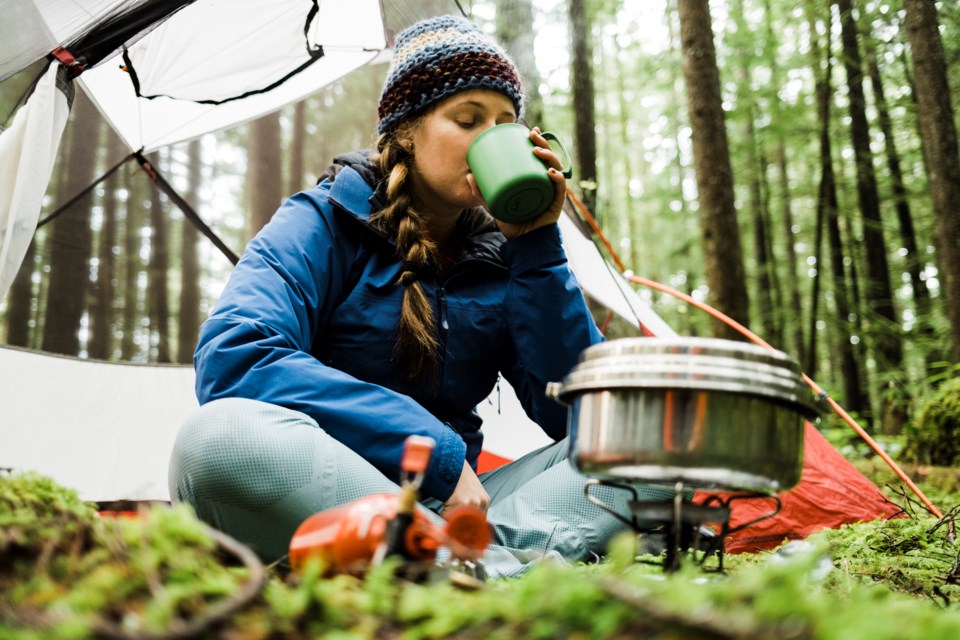 What rules for camping would you support? Send us a letter to the editor with what you think of the proposed bylaw: editor@squamishchief.com. Alex Ratson/Getty Images

Squamish council will soon be considering a bylaw amendment that District staff says is intended to regulate camping by tourists while providing some flexibility for the homeless.

Among the measures in this bylaw are increased enforcement, the extended closure of the municipal campground and an allowance for overnight camping in parks.

On April 27, elected officials unanimously voted in favour of allowing a set of camping amendments to be debated at a future meeting.

The proposed Visitor and Camping Management Plan is now expected to be heard for three readings on May 4.

This April meeting was intended to be a moment for staff to brief council on proposed changes and take any feedback before its official presentation for readings.

Staff said the focus of these bylaws is to manage visitors while still allowing homeless folks the right to shelter.

With a busy tourism season last year despite the pandemic, staff anticipate another significant influx of visitors again for 2021.

The prospect of more visitors once again puts the issue of camping at the forefront. In Squamish, the need to control vanlifing and camping has become increasingly needed as garbage, human waste and fire hazards have become more prolific.

“The focus of the bylaw primarily from the overarching perspective is more on seasonal enforcement,” said Dan Pagely, acting general manager of community services.

“We’re trying to ensure that the issues that are brought forward to us, particularly... around visitor parking or and behaving inappropriately in front of homes, residences, businesses, we have the tools to enforce.”

However, increased enforcement on camping poses a risk of further marginalizing the homeless, and Pagely said there will be guidelines for how to treat people in that situation.

Last year, the municipal campground was opened up for vulnerable residents at bargain rates as a measure to help people hard-hit by the economic problems caused by the pandemic.

However, the campground was shut down for the winter — as it has customarily been for years — prompting complaints from advocates for the vulnerable.

It appears as if the municipal campground will not be providing its bargain rate service again this year, as staff recommends keeping it shut, except for event bookings, which public health guidelines will determine.

The issue of camping and vanlifing has had a storied recent history in town.

In 2019, the District enacted a camping ban that prohibited people from camping in the Spit and Estuary, as well as the Mamquam River Forest Service Road areas.

In 2020, the District attempted to extend the ban throughout the municipality, but after much opposition, elected officials decided to indefinitely delay the adoption of that measure.

Staff were instructed to examine the issue and the meeting on April 27 is the latest iteration of that effort.

As part of this latest plan to manage visitors and camping in the District, staff made several proposals.

This would include seasonal restrictions on sleeping on roads. It would also remove a prohibition on sleeping and camping in parks overnight. The latter is intended to meet the Charter of Human Rights and Freedoms as it relates to people who are homeless.

District spokesperson Christina Moore told The Chief that measures would be put in place to prevent parks from becoming tent cities for the homeless, situations which have arisen in places like Vancouver’s Oppenheimer Park.

“Corresponding amendments that are proposed to the camping bylaw, and that will be brought forward to council at the May 4 meeting, will provide the District with the ability to prevent the situation you describe, by setting parameters of where and within what hours a homeless person can erect temporary overnight shelters,” said Moore in response to The Chief’s question about the possibility of a tent city being set up in a municipal park.

She added that current restrictions barring people from camping in parking lots like the Smoke Bluffs will continue under the proposed new bylaw.

There are other highlights as well.

Under this proposal, the District would spend $25,000 on a seasonal staffer, whose job would be to respond to resident and visitor concerns. This role would need a budget amendment to approve the money for this new job.

About $12,000 would go toward installing amenities like new portable toilets and bear-resistant garbage bins.

There would also be, among other things, more bylaw enforcement to cover evenings and statutory holidays.

“This has me — more than ever — looking at this more as a land-use issue,” said Coun. John French.

“We don’t allow sawmills to operate on residential areas because of noise and other concerns. Likewise, we shouldn’t be allowing people to ignore zoning bylaws and let camping take place where noise, waste management and other concerns are potential impacts for those who are following our zoning regulations.”

Mayor Karen Elliott said there will likely be many visitors despite the travel restrictions that have been put in place by the province.

As a result, it’s important to have a handle on the issues that may arise, she said.

“I really like seeing the expanded bylaw presence, having someone that will focus on this — if that budget amendment passes — that co-ordinated role,” Elliott said.